We report integral and differential cross sections for the elastic scattering of low-energy electrons by methyl cyanide (CH3CN), also known as acetonitrile. The cross sections were computed using the Schwinger multichannel method implemented with pseudopotentials. The fixed-nuclei scattering calculations were performed in the static-exchange and static-exchange plus polarization approximations for energies up to 15 eV. In our calculations with polarization effects, we found a π* shape resonance at around 2.22 eV and a broad structure associated to a σ* shape resonance at around 7 eV. The low-lying resonance was assigned to the electron capture by the two-fold degenerate π* orbital of the E symmetry of C3v group; the second was assigned to a σ* shape resonance in the A1 symmetry. We compared our cross sections with theoretical results and experimental data available in the literature, and in general we found good agreement for the positions of the two resonances. 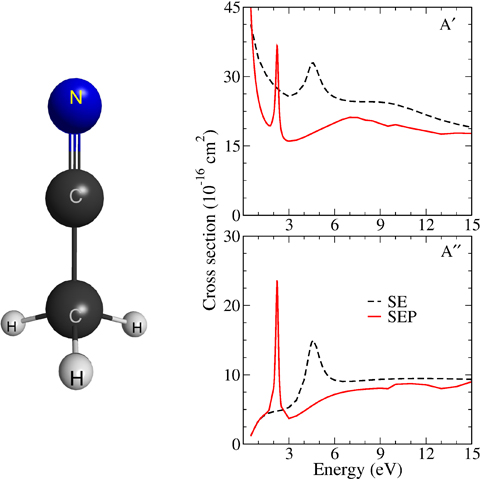