We find that for a point-like impurity moving in an isotropic Rashba or Weyl spin-orbit coupled Bose-Einstein condensate with a plane-wave order, the superfluid critical velocity is zero if its direction is not perpendicular to a special one along which the dispersion relation of excitations is quadratic. The superfluid critical velocity can only be finite in the perpendicular directions. The dimensionality of superfluidity is lower than that of the physical system. The spin-orbit coupling plays a key role in this phenomenon, which macroscopically enhances the degeneracy of the ground state of free gas, and resulting in softer Goldstone modes when bosons condense. The anisotropy of the superfluid critical velocity is an effect of breaking the rotational symmetry of the system due to a finite canonical condensed momentum. In the Weyl SOC case, spin-dependence of particle-particle interactions also leads to anisotropic dynamics, in which the spin-orbit coupling plays a crucial role. 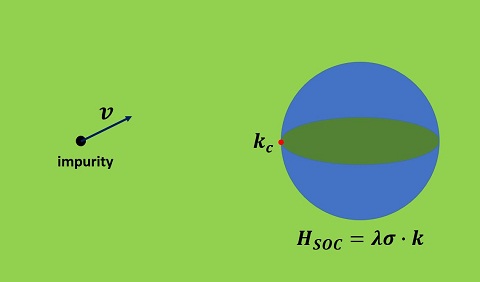