The effect of Debye and quantum plasma environment on the structural properties such as spin orbit splitting, relativistic mass correction and Darwin term for a few iso-electronic members of hydrogen viz. C5 +, O7 +, Ne9 +, Mg11 +, Si13 +, S15 +, Ar17 +, Ca19 + and Ti21 + has been analysed systematically for the first time for a range of coupling strengths of the plasma. The Debye plasma environment has been treated under a standard screened Coulomb potential (SCP) while the quantum plasma has been treated under an exponential cosine screened Coulomb potential (ECSCP). Estimation of the spin orbit splitting under SCP and ECSCP plasma is restricted to the lowest two dipole allowed states while for the other two properties, the ground state as well as the first two excited states have been chosen. Calculations have been extended to nuclear charges for which appreciable relativistic corrections are noted. In all cases calculations have been extended up to such screening parameters for which the respective excitation energies tend towards their stability limit determined by the ionisation potential at that screening parameter. Interesting behavior of the respective properties with respect to the plasma coupling strength has been noted. 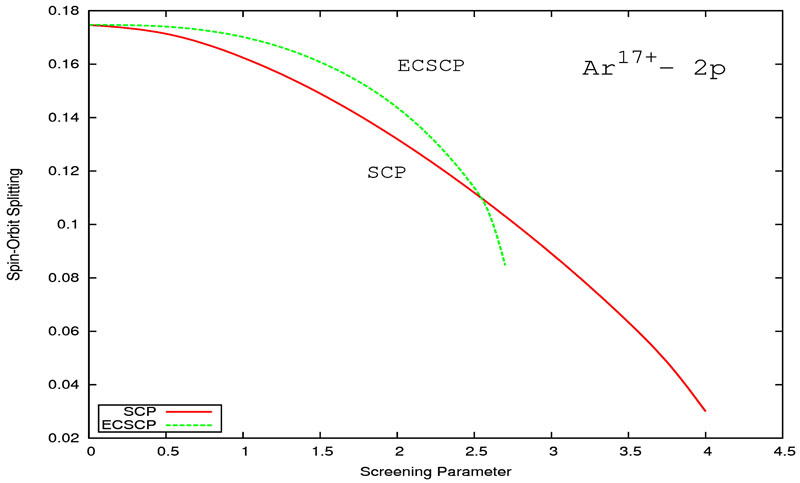