Adsorption energies of H and H2: a quantum-chemical study*

The chemical composition of interstellar grain mantle is mostly dependent on adsorption energies of the surface species. Since hydrogen is widespread either in atomic or in molecular form, our aim in this work is to review (by quantum chemical calculations) the variation of the adsorption energies of H and H2 depending on the nature of the adsorbents. Choice of absorbents was based on relative abundances of interstellar materials. Since carbonaceous and silicate grains are very abundant, we used them as our absorbents. To save computational time, benzene (smallest structure sample of PAHs) is employed as carbonaceous material and for silicate grain, simple cluster of silicon dioxide (silica) (SiO2)3 is used. Around dense cloud regions, water is the major constituent of a grain mantle, therefore, usage of binding energies with bare grains is immaterial. To mimic the water as the adsorbents, we use a water-cluster ((H2O)6). We found that, for all types of adsorbents considered here, binding energies of H are always lower than those of H2, whereas, some of the experimental values are just the other way around. Assuming a steady state solution to the rate equation method, we also present the H2 formation efficiency window in various cases. 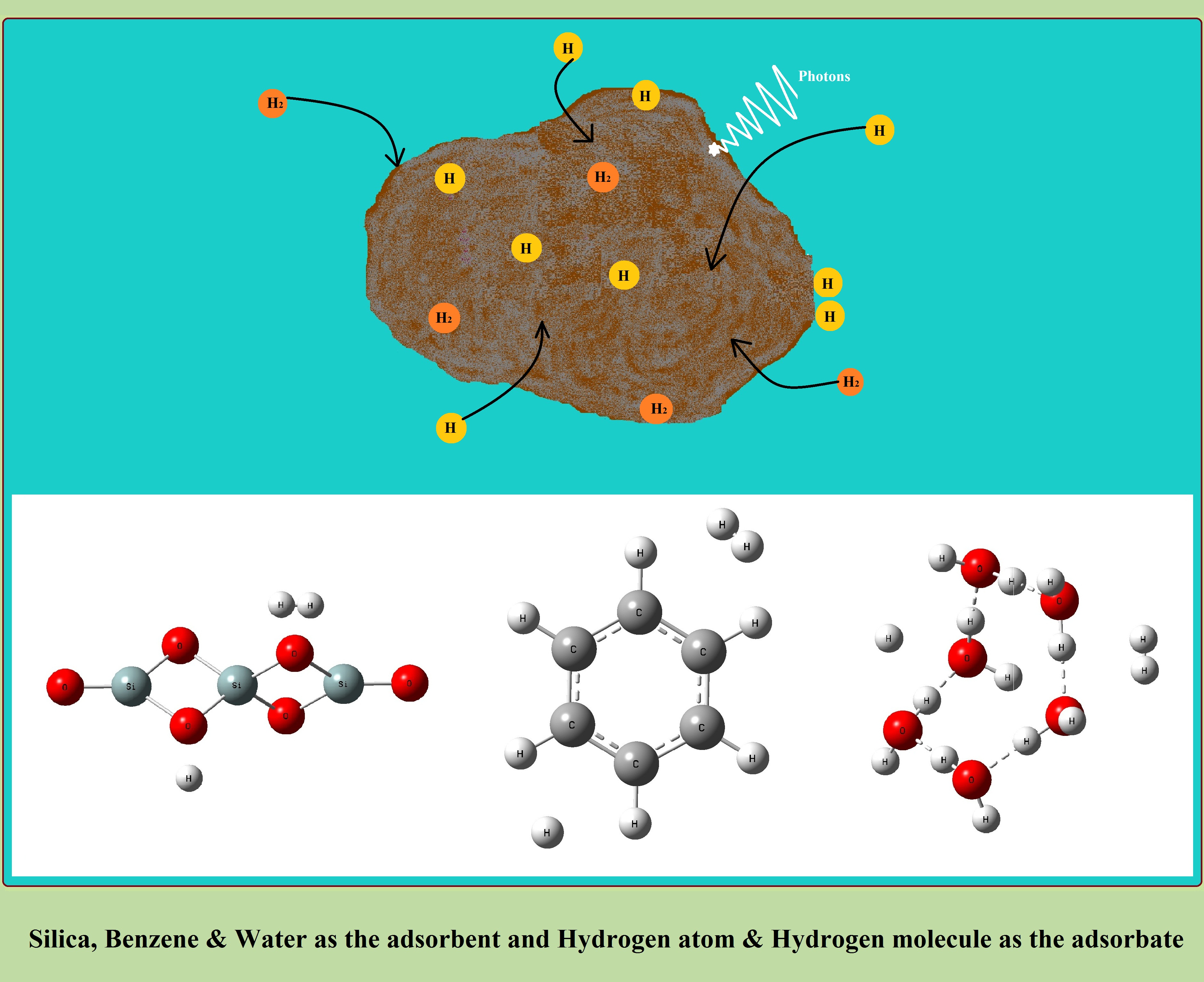