The astronomical observation of isopropyl cyanide further stresses the link between the chemical composition of the interstellar medium (ISM) and molecular composition of the meteorites in which there is a dominance of branched chain amino acids as compared to the straight. However, observations of more branched chain molecules in ISM will firmly establish this link. In the light of this, we have considered C5H9N isomeric group in which the next higher member of the alkyl cyanide and other branched chain isomers belong. High-level quantum chemical calculations have been employed in estimating accurate energies of these isomers. From the results, the only isomer of the group that has been astronomically searched, n-butyl cyanide is not the most stable isomer and therefore, which might explain why its search could only yield upper limits of its column density without a successful detection. Rather, the two most stable isomers of the group are the branched chain isomers; tert-butylnitrile and isobutyl cyanide. Based on the rotational constants of these isomers, it is found that the expected intensity of tert-butylnitrile is the maximum among this isomeric group. Thus, this is proposed as the most probable candidate for astronomical observation. A simple LTE (local thermodynamic equilibrium) modelling has also been carried out to check the possibility of detecting tert-butyl cyanide in the millimetre-wave region. 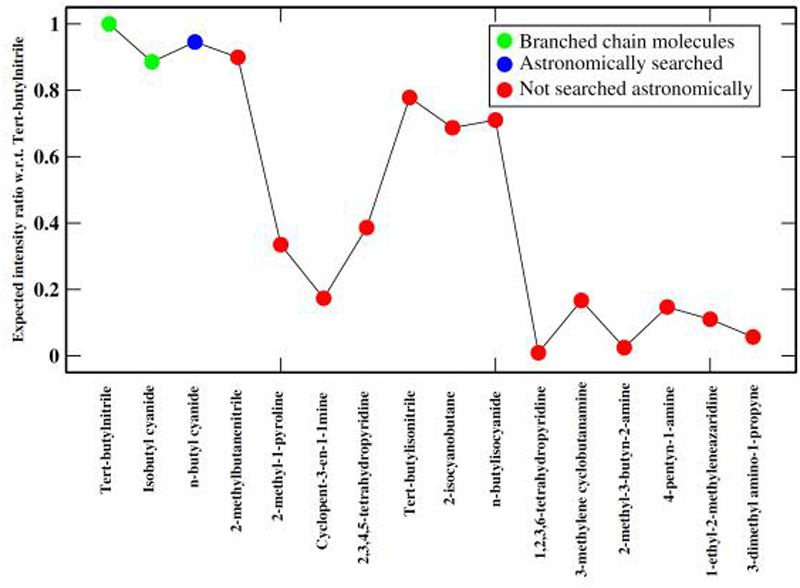