The paper describes a new discharge source of atmospheric pressure plasma jets (APPJs) in air with no gas supply through the discharge region. In this discharge mode, plasma jets develop from the bending point of a bright current channel between two electrodes and are therefore termed an apokamp (from Greek ‘off’ and ‘bend’). The apokamp can represent single plasma jets of length up 6 cm or several jets, and the temperature of such jets can range from more than 1000 °C at their base to 100–250 °C at their tip. Apokamps are formed at maximum applied voltage of positive polarity, provided that the second electrode is capacitively decoupled with ground. According to high-speed photography with time resolution from several nanoseconds to several tens of nanoseconds, the apokamp consists of a set of plasma bullets moving with a velocity of 100–220 km/s, which excludes the convective mechanism of plasma decay. Estimates on a 100-ns scale show that the near-electrode zones and the zones from which apokamps develop are close in temperature. 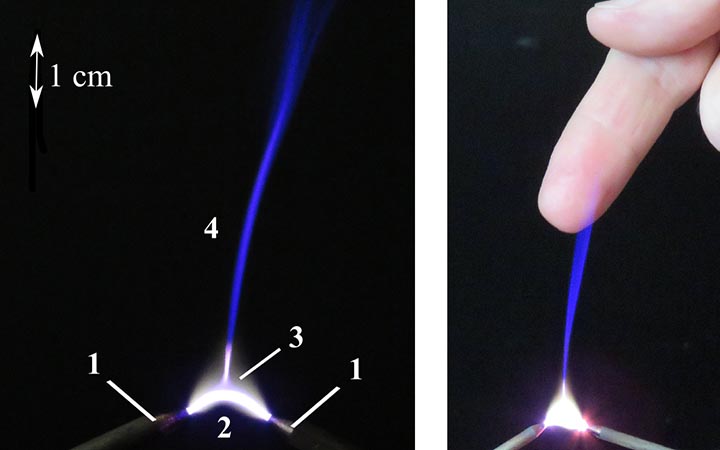