A helium atmospheric pressure plasma jet (APPJ) source with a dielectric capillary and two tubular electrodes was used to induce damage in aqueous plasmid DNA. The fraction of different types of DNA damage (i.e., intact or undamaged, double strand breaks (DSBs), and single strand breaks (SSBs)) that occurred as the result of plasma irradiation was quantified through analysis of agarose gel electrophoresis images. The total DNA damage increased with an increase in both flow rate and duration of irradiation, but decreased with an increase in distance between the APPJ and sample. The average power of the plasma was calculated and the length of APPJ was measured for various flow rates and voltages applied. The possible effects of plasma power and reactive species on DNA damage are discussed. 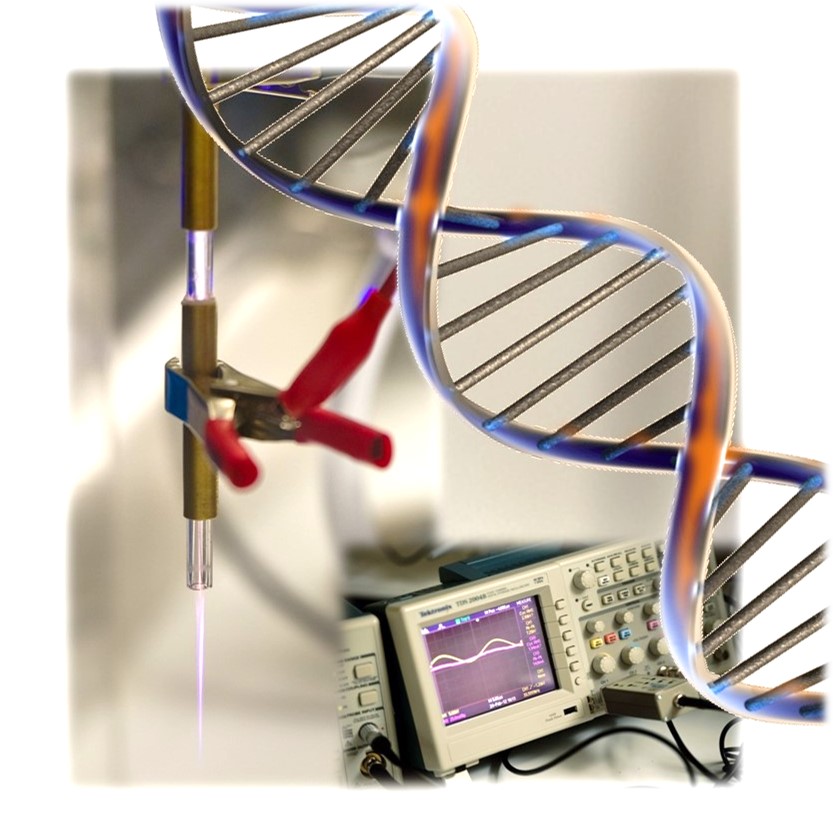