The decay of unstable quantum states has been studied for special energy distribution densities that are shaped with logarithmic forms. This analysis is extended in the present scenario to removable logarithmic singularities in the minimum energy of the spectrum that involve arbitrary powers of logarithmic functions. The survival amplitude vanishes with dominant decays τ−1−α0 log β0τ that are arbitrarily slower or faster than, or coincide with the inverse power laws τ−1−α0. The instantaneous energy tends to the minimum energy of the spectrum with the same collection of dominant logarithmic or power law relaxations. In this way, a variety of relaxations, that are slower than exponential decays and are arbitrarily faster or slower than inverse power laws, can be interpreted as model independent long time decays of quantum systems with removable logarithmic singularities in the energy distribution density. The instantaneous decay rate maintains the model independent algebraic long time relaxation 1/τ. Same behaviors are obtained in the quantum description of moving relativistic unstable systems for the survival amplitude, instantaneous mass and decay rate in the rest reference frame of the initial unstable state, in dependence on the mass distribution density. 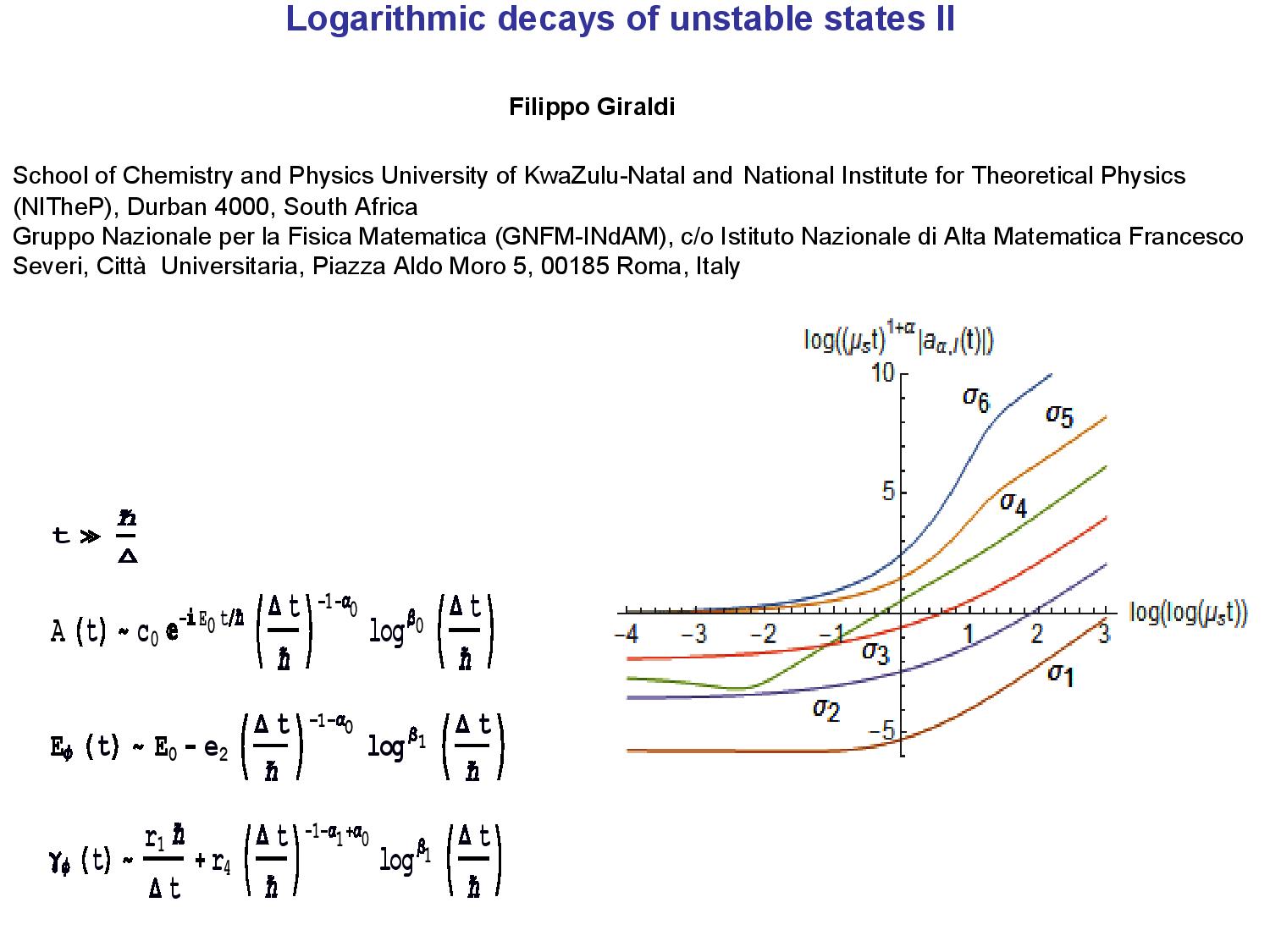