In this paper, the thermodynamic properties of a rotating Bose gas in an anisotropic harmonic trap are investigated. Using the density of states method, the thermodynamic potential, transition temperature, condensate fraction and heat capacity are analytically calculated. Consequently, the change of these thermodynamic quantities with reduced temperature, particle number and the rotation frequency are studied. It is found that, unlike the previous studied cases where the trapping potential is planar isotropic, due to the fact that the system has two stable regions as the rotation frequency increases, the thermodynamic quantities behave quite differently in these two stable regions. The validity of our results are also discussed. 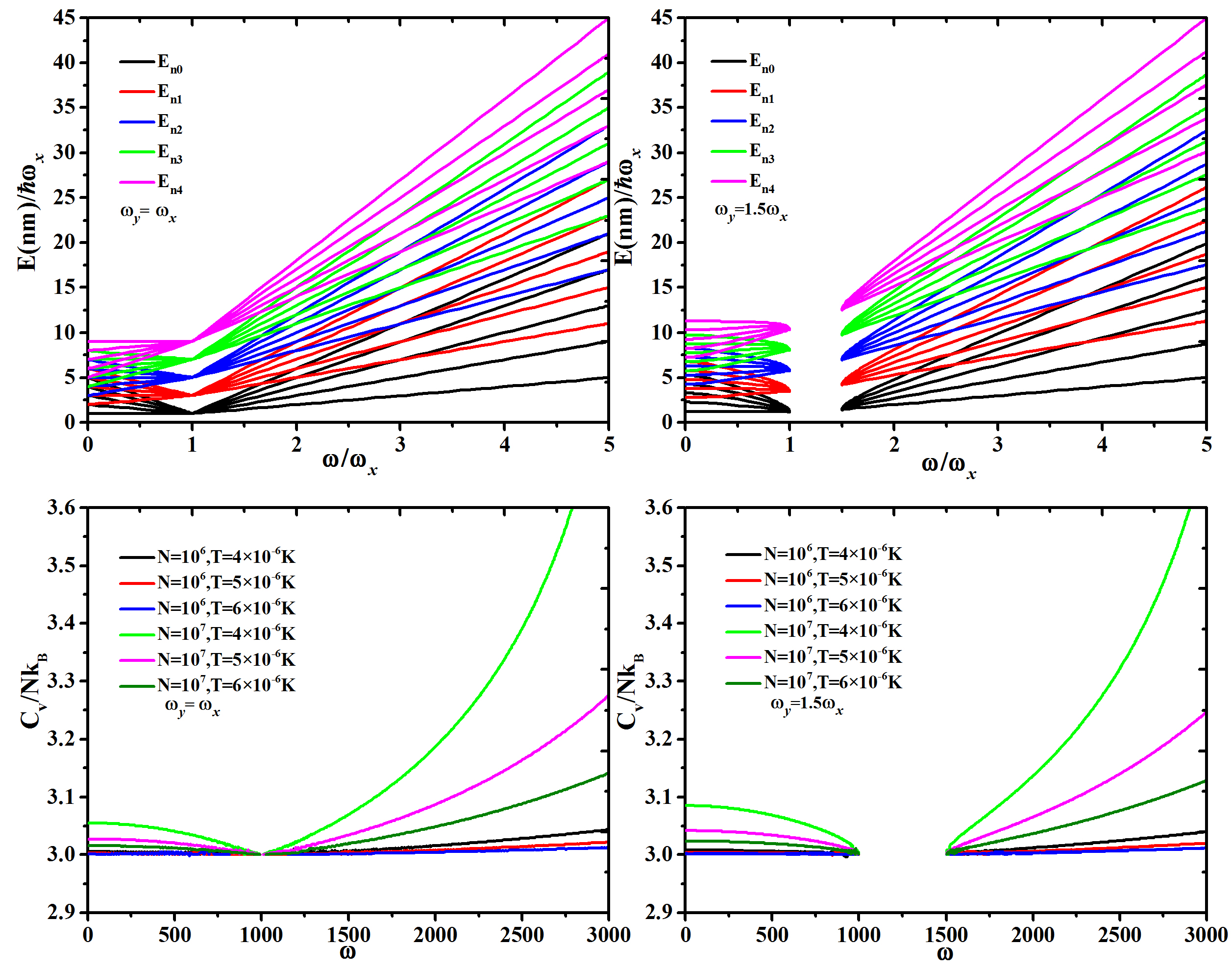