We experimentally and computationally study the effect of an additional transverse magnetic field (TMF) on the Hanle resonance for a Fg = 2 → Fe = 3 transition of 87Rb D2 line for magnetic field scans perpendicular to the propagation direction of the optical field. It is shown that with a π-polarized light, no resonance signal is observed in absence of the TMF. When the TMF is applied, two peaks are observed on either side of zero scanning magnetic field in the transmission spectrum. The separation between the two peaks is linearly proportional to magnitude of the TMF, which can be used for magnetometry. We applied this technique to measure magnetic field from 0.1 to 0.5 G with a pure Rb vapor cell and from 10 to 30 mG with a Rb cell containing buffer gas. These observations are attributed to the population redistribution among the ground state sublevels due to the TMF. 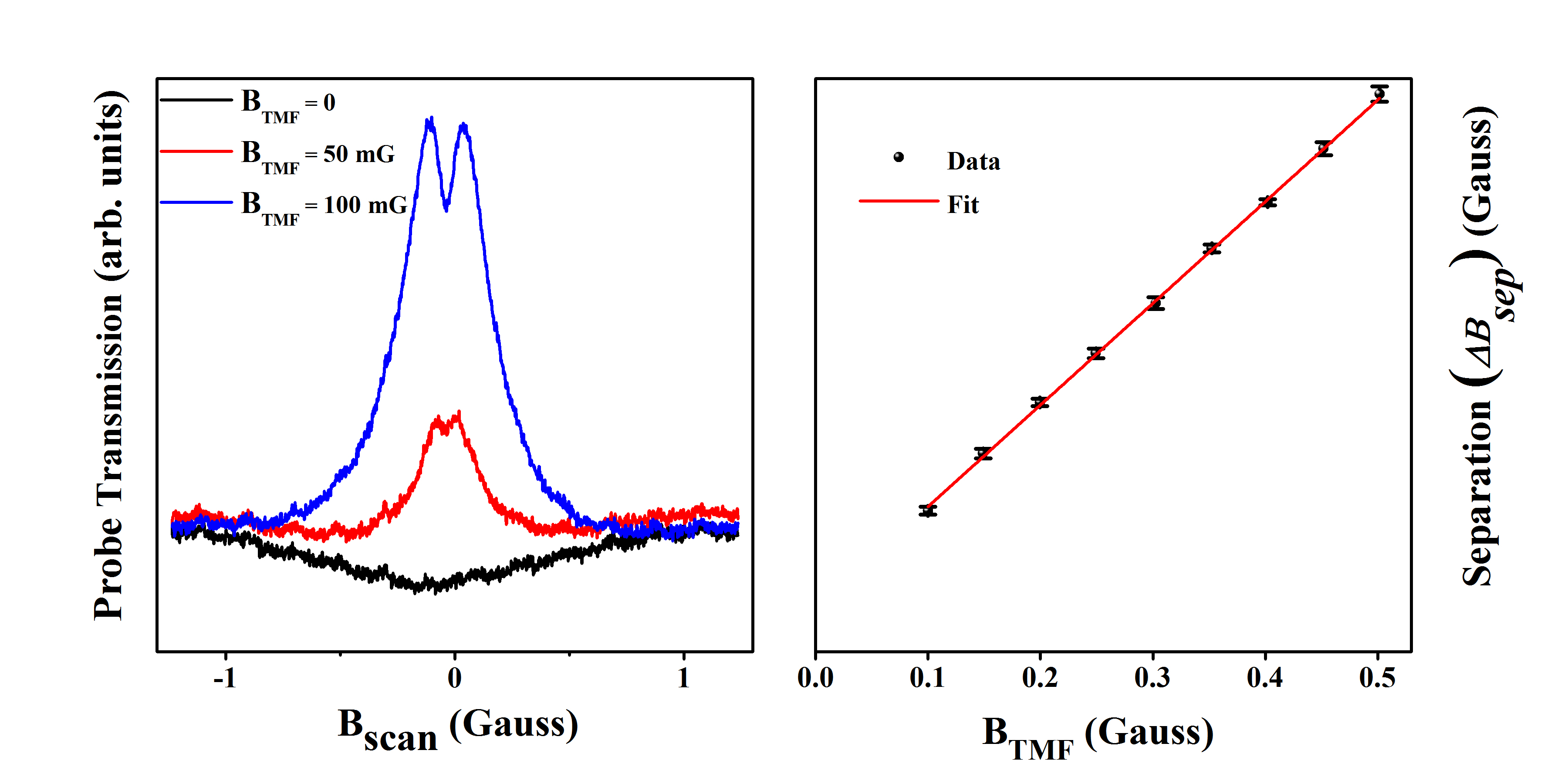