We have investigated collision-induced ionization and fragmentation by 100 keV protons of the radio sensitizing molecule cisplatin, which is used in cancer treatments. A large emission of HCl+ and NH 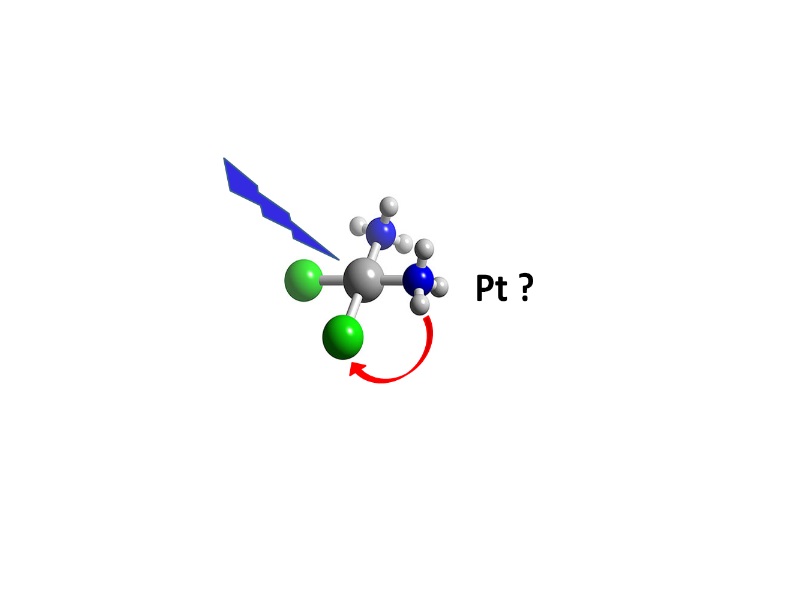