The effects of quantum confinement on the momentum distribution of electrons confined within a cylindrical potential well have been analyzed. The motivation is to understand specific features of the momentum distribution of electrons when the electron behavior is completely controlled by the parameters of a non-isotropic potential cavity. It is shown that studying the solutions of the wave equation for an electron confined in a cylindrical potential well offers the possibility to analyze the confinement behavior of an electron executing one- or two-dimensional motion in the three-dimensional space within the framework of the same mathematical model. Some low-lying electronic states with different symmetries have been considered and the corresponding wave functions have been calculated; the behavior of their nodes and their peak positions with respect to the parameters of the cylindrical well has been analyzed. Additionally, the momentum distributions of electrons in these states have been calculated. The limiting cases of the ratio of the cylinder length H and its radius R0 have been considered; when the cylinder length H significantly exceeds its radius R0 and when the cylinder radius is much greater than its length. The cylindrical quantum confinement effects on the momentum distribution of electrons in these potential wells have been analyzed. The possible application of the results obtained here for the description of the general features in the behavior of electrons in nanowires with metallic type of conductivity (or nanotubes) and ultrathin epitaxial films (or graphene sheets) are discussed. Possible experiments are suggested where the quantum confinement can be manifested. 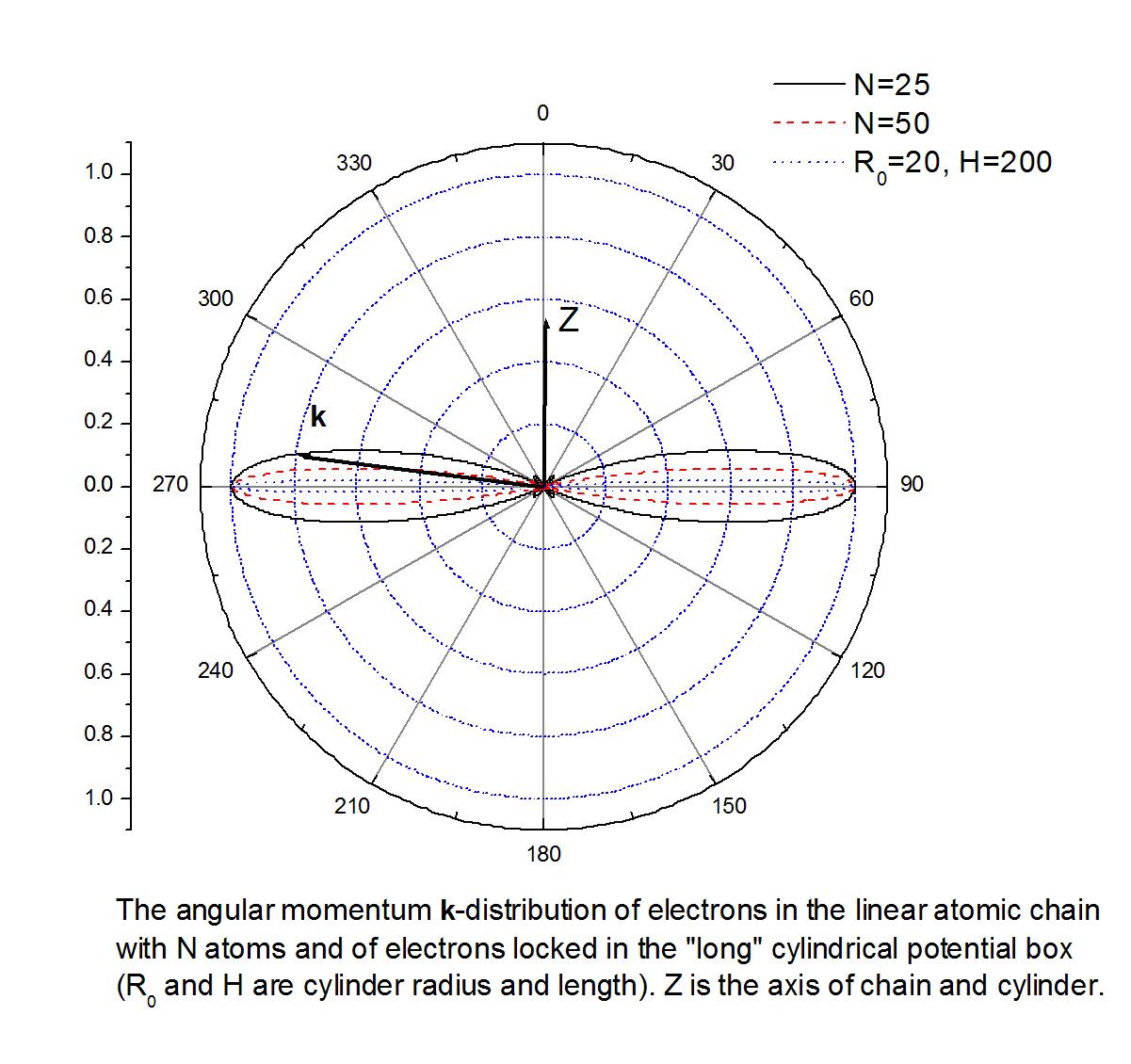