The influence of geometrical focusing on the filamentation of femtosecond laser pulses at various low pressures (<1 atm) in air has been numerically demonstrated. The main peculiarities, such as filamentation dynamics, spatial-temporal evolution and supercontinuum generation manipulated by external geometrical focusing in the low atmospheric pressure regime, are analyzed by numerically solving a spatial-temporal equation for femtosecond laser pulse propagation in air. The results show that those important characteristics are more sensitive to the focal length than the variation of atmospheric pressure. It indicates that suitable design of the focal length will result in further amplitude uniformity and a lack of temporal aberrations in the compressed pulse. This theoretical modelling of pulse shaping optimization is a step to realization of high-energy femtosecond pulse delivery from the Earth’s surface to altitudes of several kilometers up into the atmosphere. 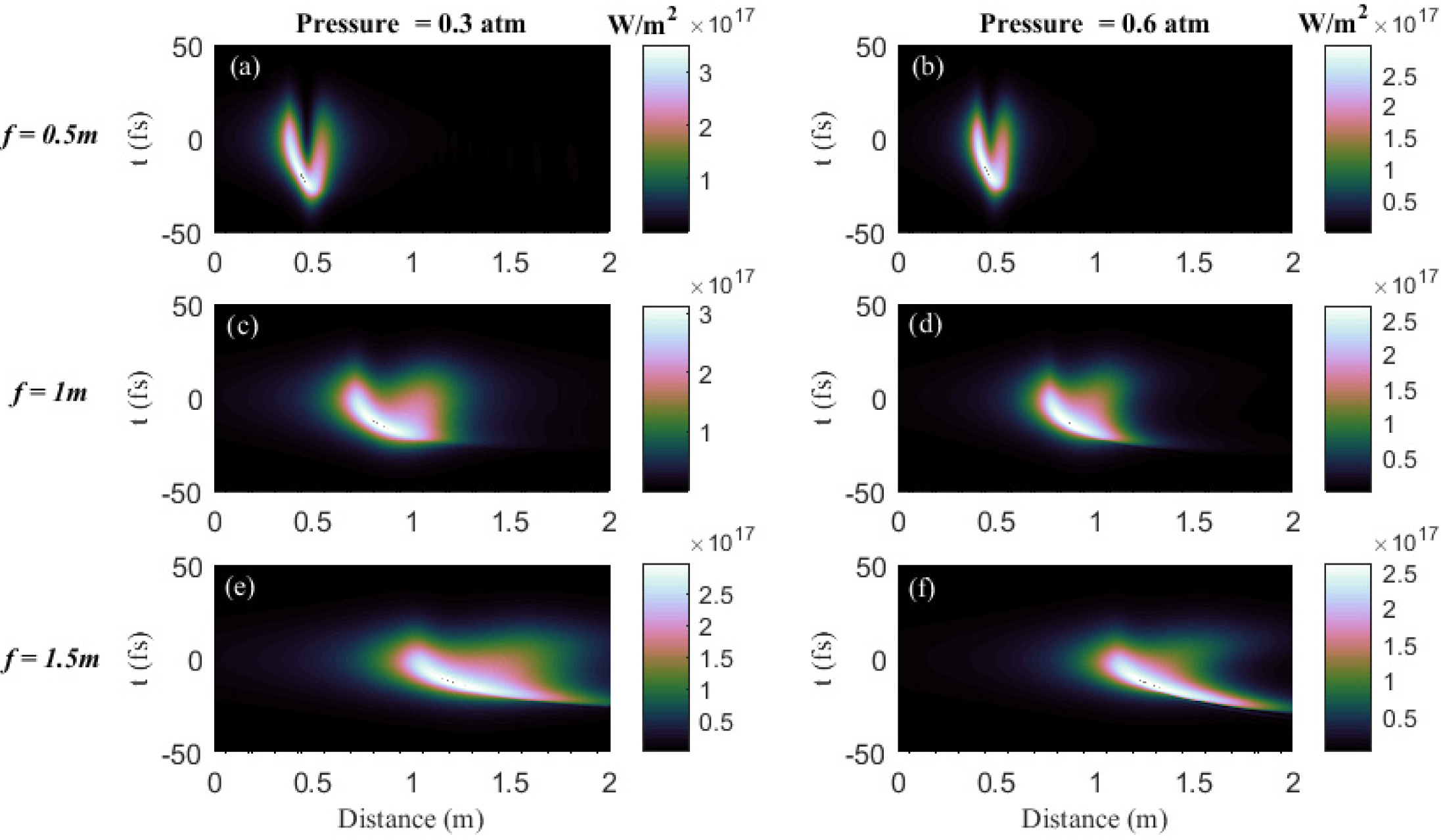