The electron Bernstein wave (EBW) is typically the only wave in the electron cyclotron (EC) range that can be applied in spherical tokamaks for heating and current drive (H&CD). Spherical tokamaks (STs) operate generally in high-β regimes, in which the usual EC ordinary (O) and extraordinary (X) modes are cut off. As it was recently investigated the existence of EBWs at nonlinear regime thus the next step would be the probable nonlinear phenomena study which are predicted to be occurred within the high levels of injected power. In this regard, parametric instabilities are considered as the major channels for losses at the X-B conversion. Hence, we have to consider their effects at the UHR region which can reduce the X-B conversion efficiency. In the case of EBW heating (EBH) at high power density, the nonlinear effects can arise. Particularly at the UHR position, the group velocity is strongly reduced, which creates a high energy density and subsequently a high amplitude electric field. Therefore, a part of the input wave can decay into daughter waves via parametric instability (PI). Thus, via the present research, the excitations of ion Bernstein waves as the dominant decay channels are investigated and also an estimate for the threshold power in terms of experimental parameters related to the fundamental mode of instability is proposed. 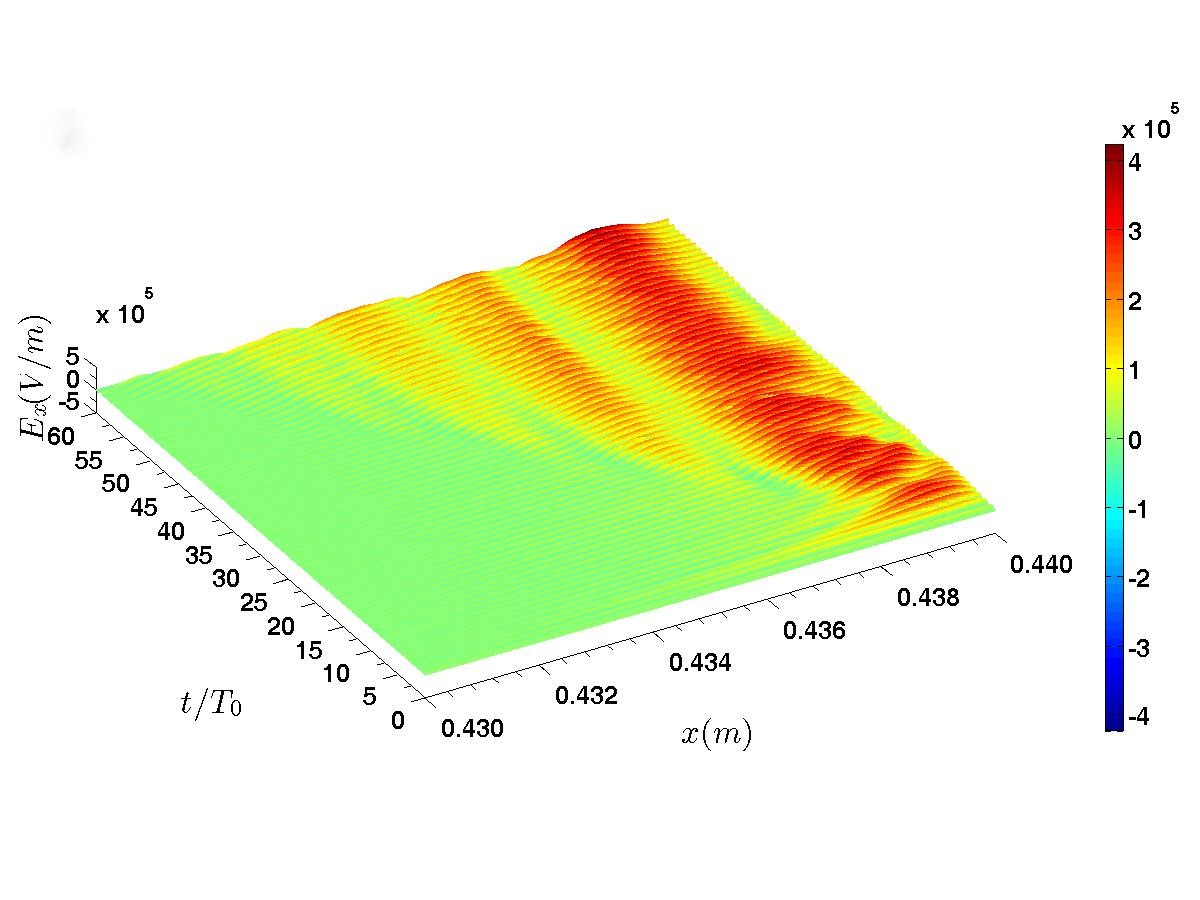