Recent developments in technology have enabled atomic gyroscopes to become the most sensitive inertial sensors. Atomic spin gyroscopes essentially output an estimate of the inertial rotation rate to be measured. In this paper, we present a simple yet efficient estimation method, the extended Kalman filter (EKF), for the atomic spin gyroscope. Numerical results show that the EKF method is much more accurate than the steady-state estimation method, which is used in the most sensitive atomic gyroscopes at present. Specifically, the root-mean-squared errors obtained by the EKF method are at least 103 times smaller than those obtained by the steady-state estimation method under the same response time. 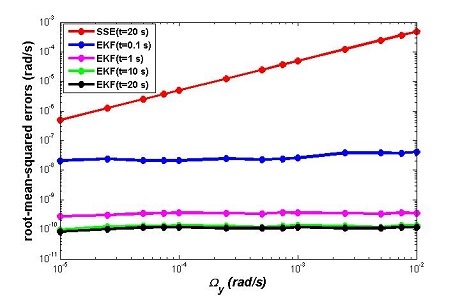