Influence of the inner shell electrons on photoionization of outer shells

We investigate the role of virtual excitations of inner shells on the cross section of the outer shell photoionization. The calculations are performed in the frames of the Random Phase Approximation and of its generalized versions GRPAE and GRPAE II, which takes into account variation of the atomic field due to creation of holes in the inner shells and due to their Auger decay, respectively. We employ both analytic approximations and numeric computations. We present the numerical results for the cross sections of photoionization of 3p electrons in Ar and 4d-electrons in Pd near the inner shells thresholds. We focus on the cross-section outside the inner shell discrete excitation region. The effect proved itself to be noticeable. 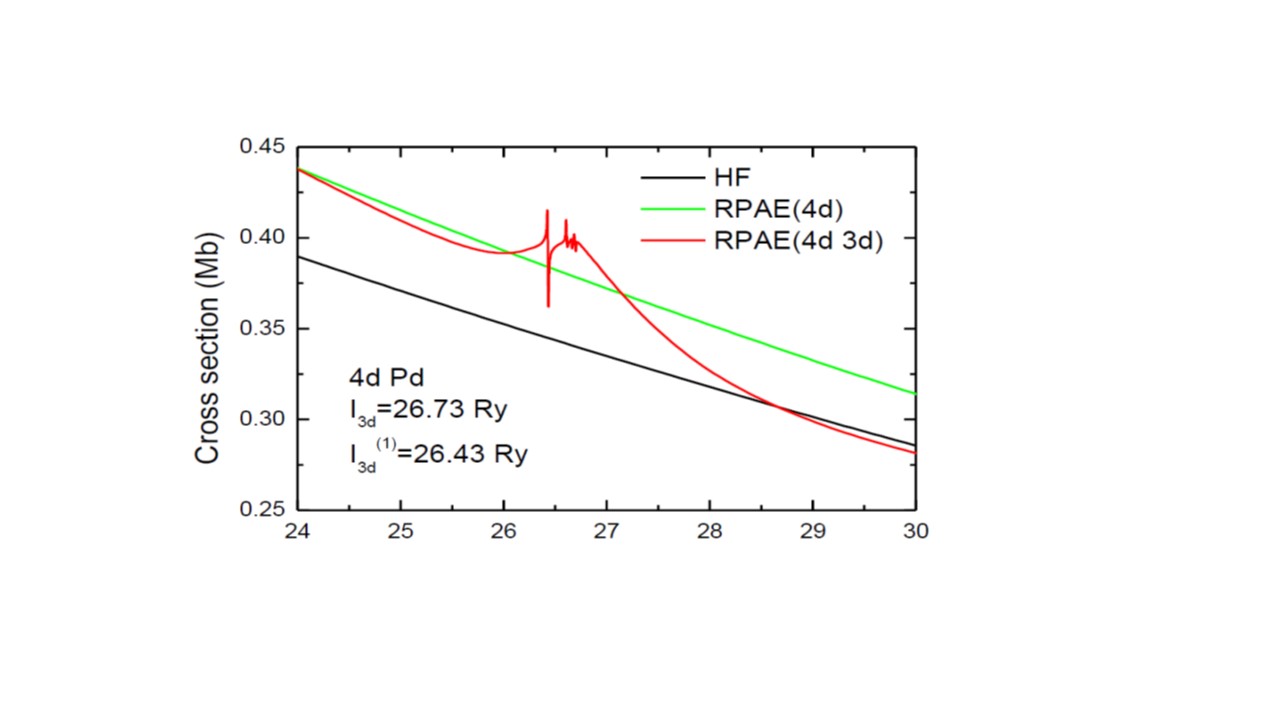