In this paper we discuss the properties of the ground state of a Rashba spin-orbit (SO) coupled Bose-Einstein condensate (BEC) in a circular box with hard walls, especially the influence of the SO coupling. We first give the analytical solutions for non-interacting particles with Rashba coupling in a circular box. The solution shows that the eigenstate has a Skyrmion-type spin texture, but the Skyrmion charge is usually not an integer, which is different from the case of a harmonic trap. Then, we consider the ground state of a SO-coupled BEC with weak interparticle interaction by numerically solving the Gross-Pitaevskii (GP) equation. We show that a quantum phase transition will appear as the SO coupling strength increases and give the phase diagram. Various aspects of the BEC ground state are discussed, especially their changes before and after the phase transition, such as the energy, the particle distribution, and the spin distribution. When the SO coupling is very strong or the box is very large, the trapped system should be similar to that in free space. We also discuss the relation between the ground states in the box and in free space. 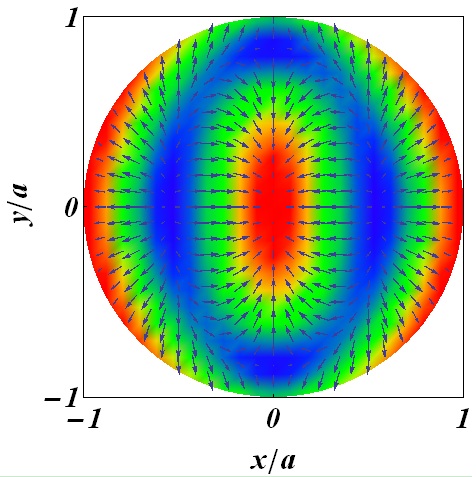