The propagation of a short pulse through an ensemble of semiconductor double quantum wells is theoretically investigated, and that whether the transmitted spectrum is discrete or continuous strongly depends on the carrier envelope phase (CEP) of the incident light pulse. Its origin lies in the quantum interference effect among the different-number-photon absorption paths. As expected, such a CEP-dependence weakens with the increment of pulse duration, till disappears for an enough long pulse. However, if a weak terahertz wave is superposed to this long pulse, the transmitted spectrum recovers as CEP-dependent once more, which inversely can be used to characterize the phase property of the terahertz wave and provides supports for its widespread use. 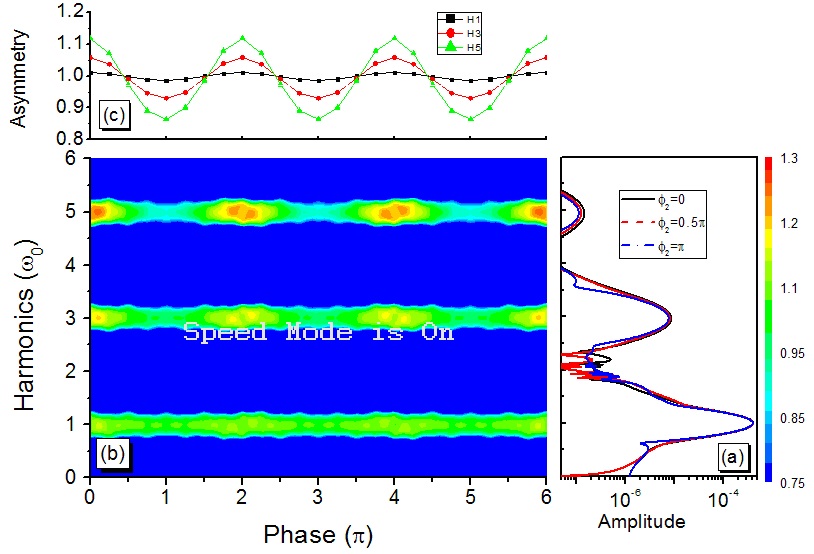