The ion guiding phenomenon was studied in the case of a single, straight, micrometer sized insulator capillary using a micro focused 1 MeV proton beam. The axis of the incident ion beam was tilted to 1° relative to the axis of the capillary. The aspect ratio of the target and the small beam divergence ensured the geometrical non-transparency of the capillary for the incoming beam. The intensity of the beam transmitted through the capillary was measured as the function of time and as a function of the incident beam intensity. At each constant incident beam intensities the time required for the charge-up process of the stable transmission was determined. We found that the time required to establish a stable guided transmission decreases reciprocally with the increasing incident beam current. 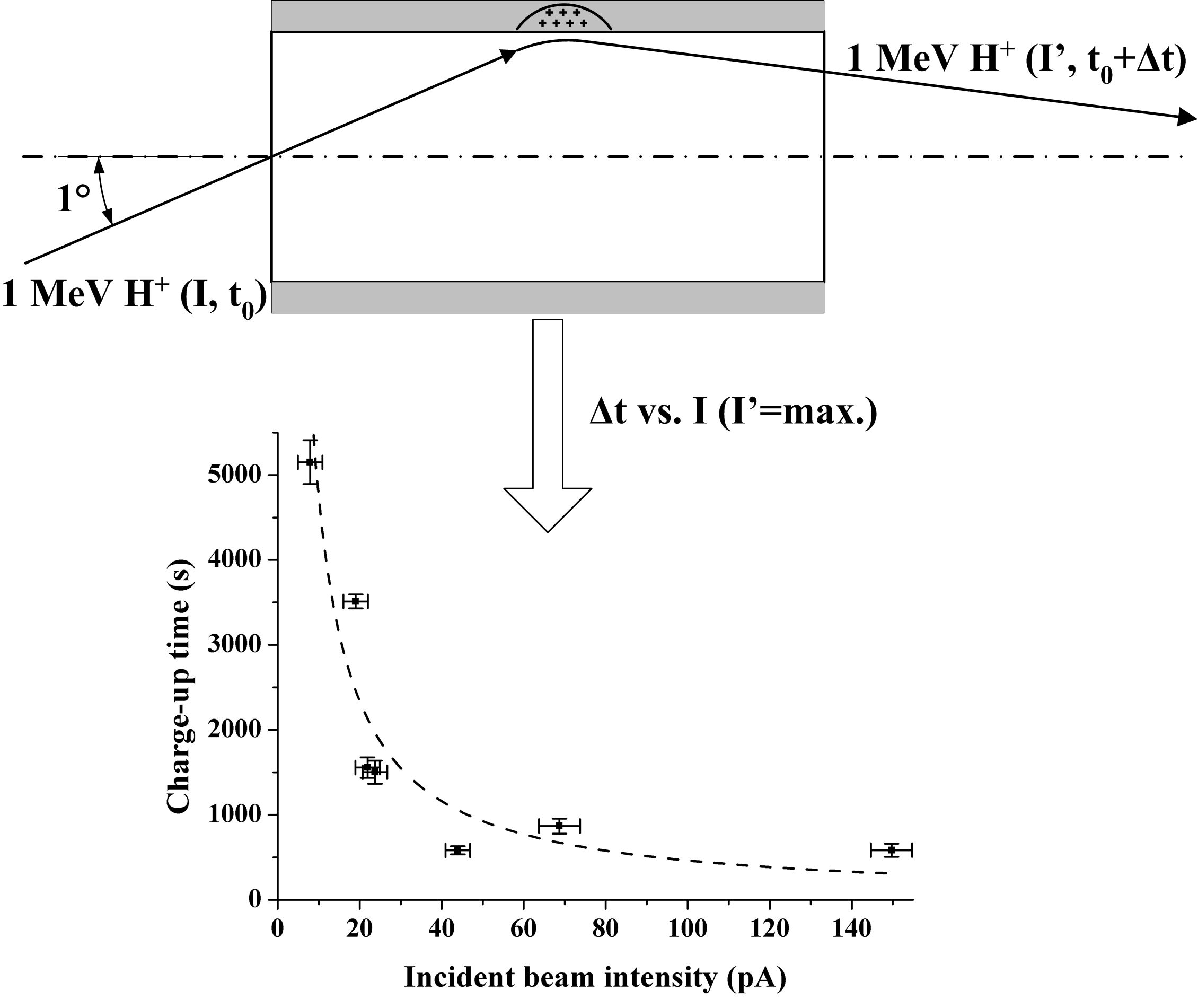