In a previous paper we proved a periodicity property of the Liénard-Wiechert equation in the case of the relativistic interaction between electromagnetic field and electron. This property predicts the existence of harmonics of the nonlinear Thomson scattered radiations in head on collisions between very intense laser beams and relativistic electron bunches. In this paper we present the properties of these radiations and show that our method for the calculation of the angular and spectral distributions of the backscattered radiations is in good agreement with the existing experimental data from literature. In the case of incident radiations having relativistic parameters of the order of few units and electron energies up to 100 MeV, our calculations predict the possibility of producing hard X-rays, having relatively high intensities, which are comparable to the intensities of the first harmonics, and energies higher than 1 MeV, using the current technology. Our theoretical model uses only one approximation, that of the neglecting of the radiative corrections. 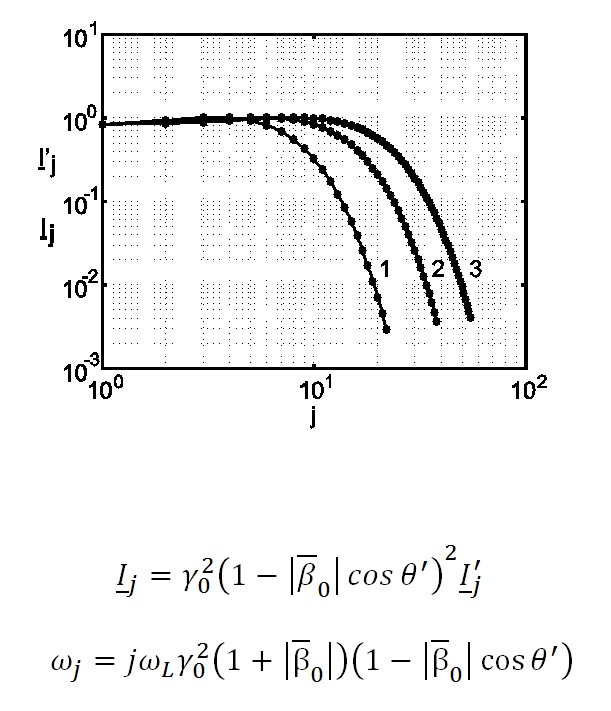