In a series of previous papers we proved an accurate connection between quantum and classical equations in the case of electrodynamic systems. We have used this connection to elaborate simplified models for systems composed of very intense laser beams and electrons or atoms. These models are in good agreement with numerous experimental data from literature. In this paper we develop the above approach for the new field of interactions between ultraintense laser beams, having intensities in the range 1018 − 1022 W/cm2, and electron plasmas. We show that in this case new effects take place, such as the fact that the variation of the phase of the field at the point where the electron is situated, decreases when the intensity of the field increases, due to a strong relativistic behavior. This effect leads to an aperiodic behavior of the radiations generated by above interactions, and to a possible new method for solitary waves generation. 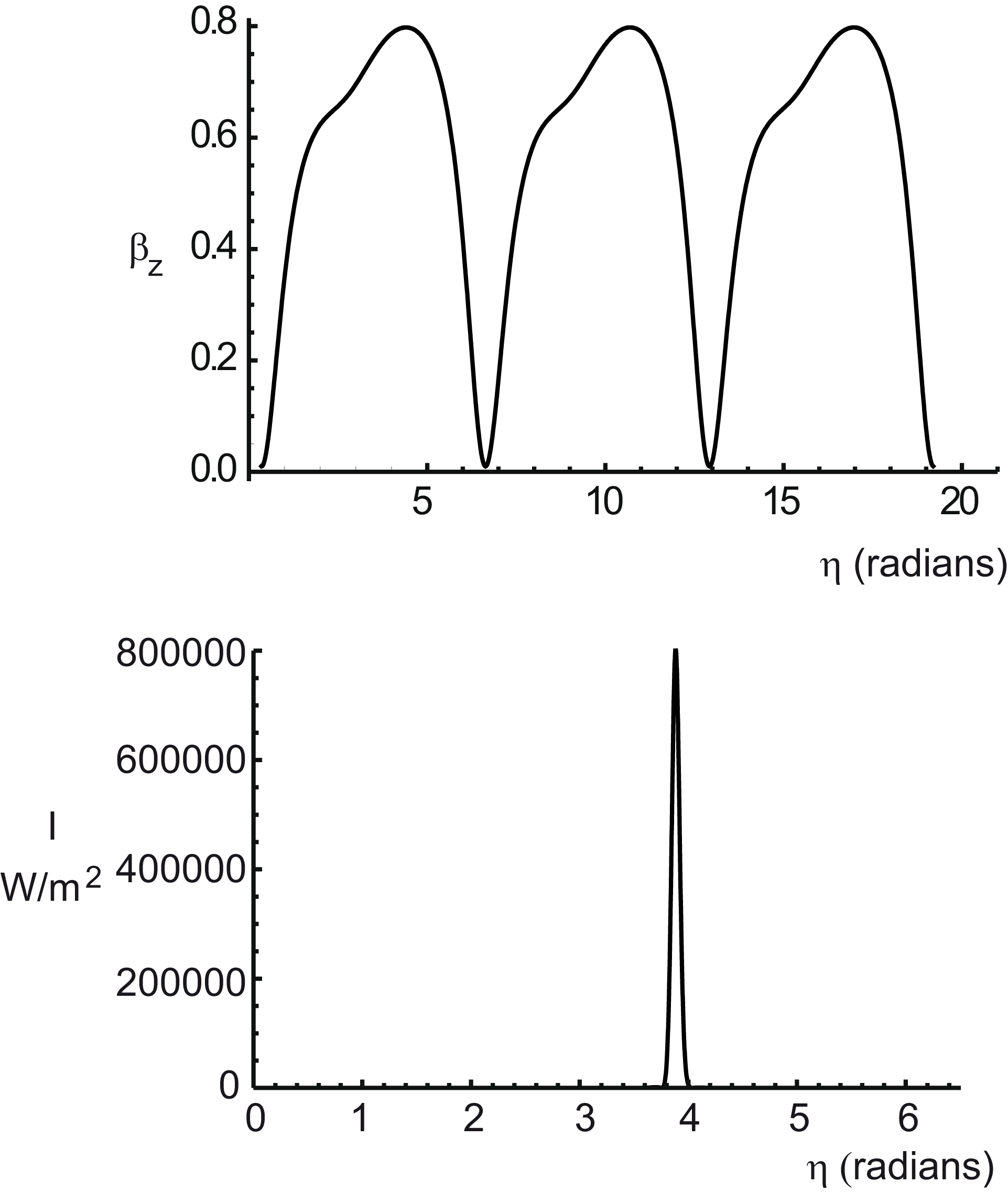