We study the stationary solution of an atomic Bose-Einstein condensate coupled coherently to a molecular condensate with both repulsive and attractive interspecies interactions confined in an isotropic harmonic trap. We use the Thomas-Fermi approximation and find four kinds of analytical solution for the cases. These analytical solutions are adopted as trial function for the diffusive numerical solution of the Gross-Pitaevskii equations. For the repulsive interspecies interaction, the case in which the atomic and molecular wavefunctions are out-phase, the densities have similar profiles for both methods, however, the case where the wavefunctions are in-phase, there are considerable difference between the density profiles. For the attractive interspecies interaction, there are two cases in the Thomas-Fermi approximation where the wavefunctions are in-phase. One of them has numerical solution that agree with the approximation and the other does not have corresponding numerical solution. 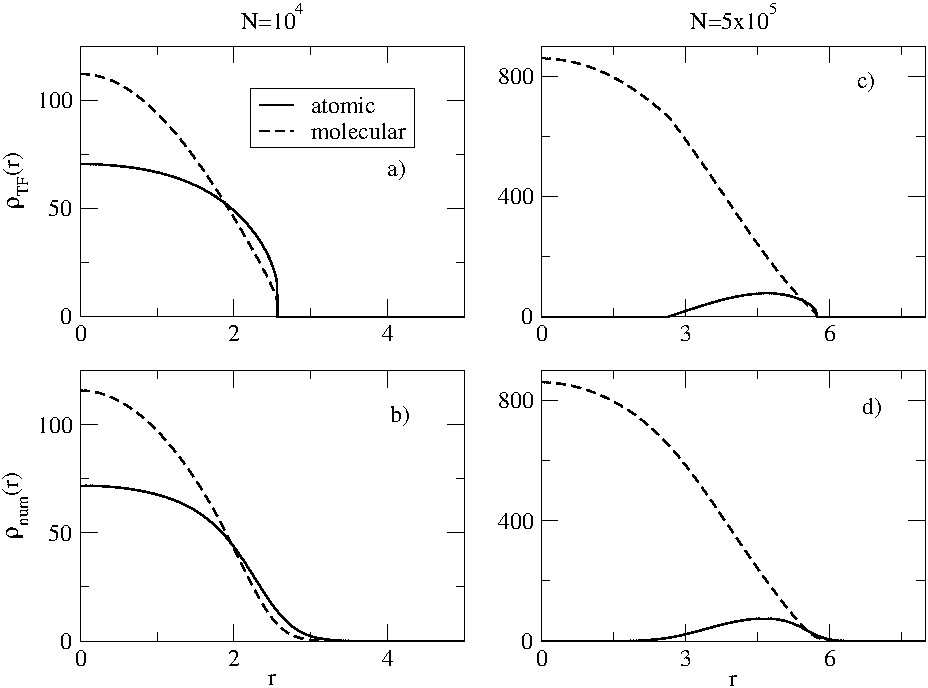