Decay of a finite-sized transient photoplasma in an electrostatic field

Photoplasma is produced through multi-step resonant photoionization method by shining the laser pulses onto a collimated atomic beam. It has finite size having a sharp density gradient at its boundary. It is created within the duration of laser pulse (~10 ns) while it lasts for few tens of micro-seconds. During its decay in an external electrostatic field, the photoplasma passes through various physical phenomena happened along the direction of the electric field. The transient responses of photoplasma to the external electric field and its temporal evolutions are studied using a one dimensional model based on standard particle-in-cell (PIC) technique. The various processes like relaxation of mono-energetic electrons, spatial and temporal variations in plasma potential, plasma-sheath formation, charge particles distribution near the plasma-sheath boundary, motion of plasma-sheath boundary, expansion of the finite-width photoplasma and collections of charge particles at the boundaries (i.e. electrodes) are investigated and discussed. 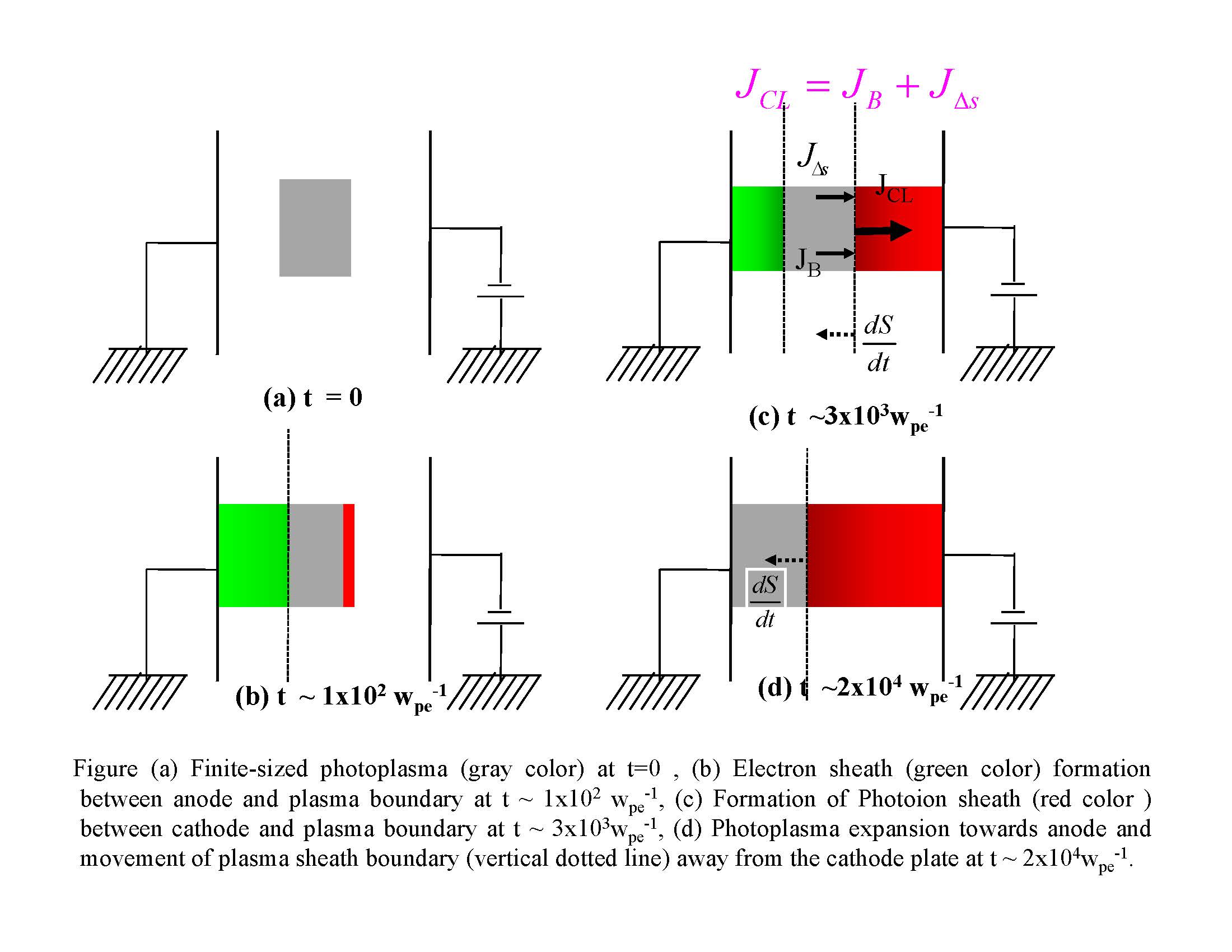