We study a three-body system with zero-range interactions in a one-dimensional harmonic trap. The system consists of two spin-polarized fermions and a third particle which is distinct from two others (2 + 1 system). First we assume that the particles have equal masses. For this case the system in the strongly and weakly interacting limits can be accurately described using wave function factorized in hypercylindrical coordinates. Inspired by this result we propose an interpolation ansatz for the wave function for arbitrary repulsive zero-range interactions. By comparison to numerical calculations, we show that this interpolation scheme yields an extremely good approximation to the numerically exact solution both in terms of the energies and also in the spin-resolved densities. As an outlook, we discuss the case of mass imbalanced systems in the strongly interacting limit. Here we find spectra that demonstrate that the triply degenerate spectrum at infinite coupling strength of the equal mass case is in some sense a singular case as this degeneracy will be broken down to a doubly degenerate or non-degenerate ground state by any small mass imbalance. 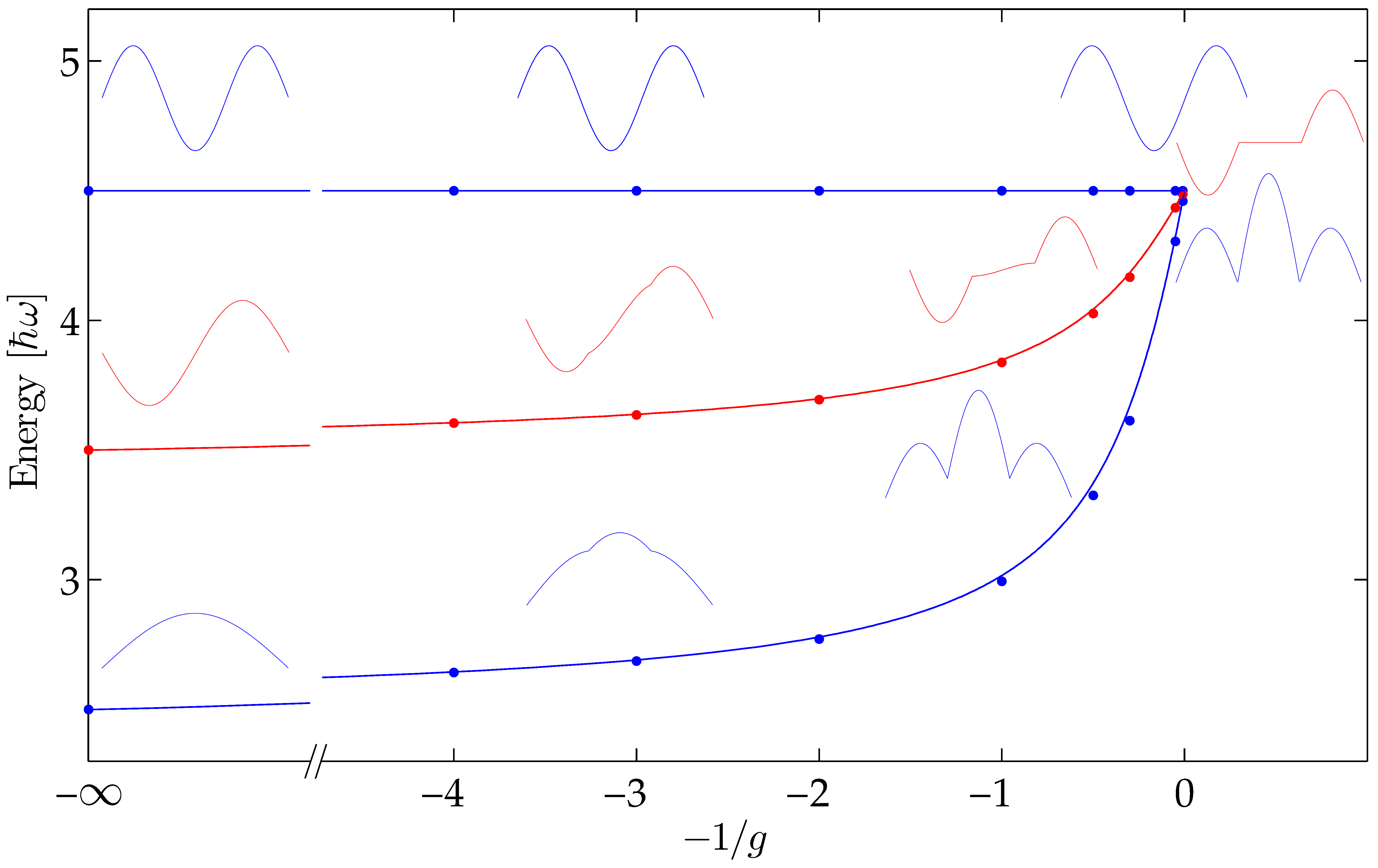