We investigate temperature reservoir effects in a lossy Kerr nonlinear resonator considering selective excitation of ooscillatory mode driven by a sequence of Gaussian pulses. In this way, we analyze time-dependent populations of photon-number states and quantum statistics on the base of the second-order photon correlation function in one-photon and two-photon transitions. The effects coming from thermal reservoirs are interesting for performing more realistic approach to generate Fock states and for study of phenomena connecting quantum engineering and temperature. We also study the role of pulse-shape effects for selective excitation of oscillatory mode. 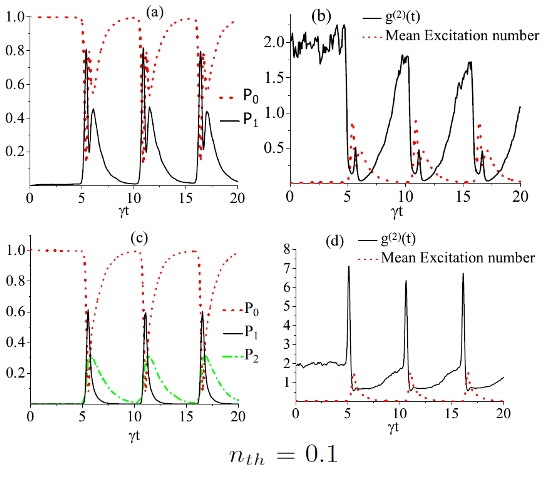