Losses of ion energy in the multicomponent beam

Energy losses of near axis ions and decreases in ion current density in the center of a beam were observed in a liquid metal source operating under a charged nanodroplets (In, Sn, Au, Ge) generation regime. In experiments, nanodroplets with the sizes of 2–20 nanometers and a characteristic specific charge of 5 × 104 C/kg were revealed. Energy spectra of ions were defined by means of the filter of speeds with cross-section static electromagnetic fields. A reduction of 4% of the In+ ions energy was observed under the conditions of the curried out measurements. The stream of nanoparticles, in contrast to an ion beam, has a small radial divergence; outside of this stream, change of ion speeds is not observed. Energy losses of ions occur during their flight through small nanoparticles. Penetration depth of the accelerated ions in liquid indium is estimated within the framework of the Lindhard-Scharff-Schiott model. Similar interaction between components occurs in ion-beam systems of complex composition where there is a relative movement of various charged particles. 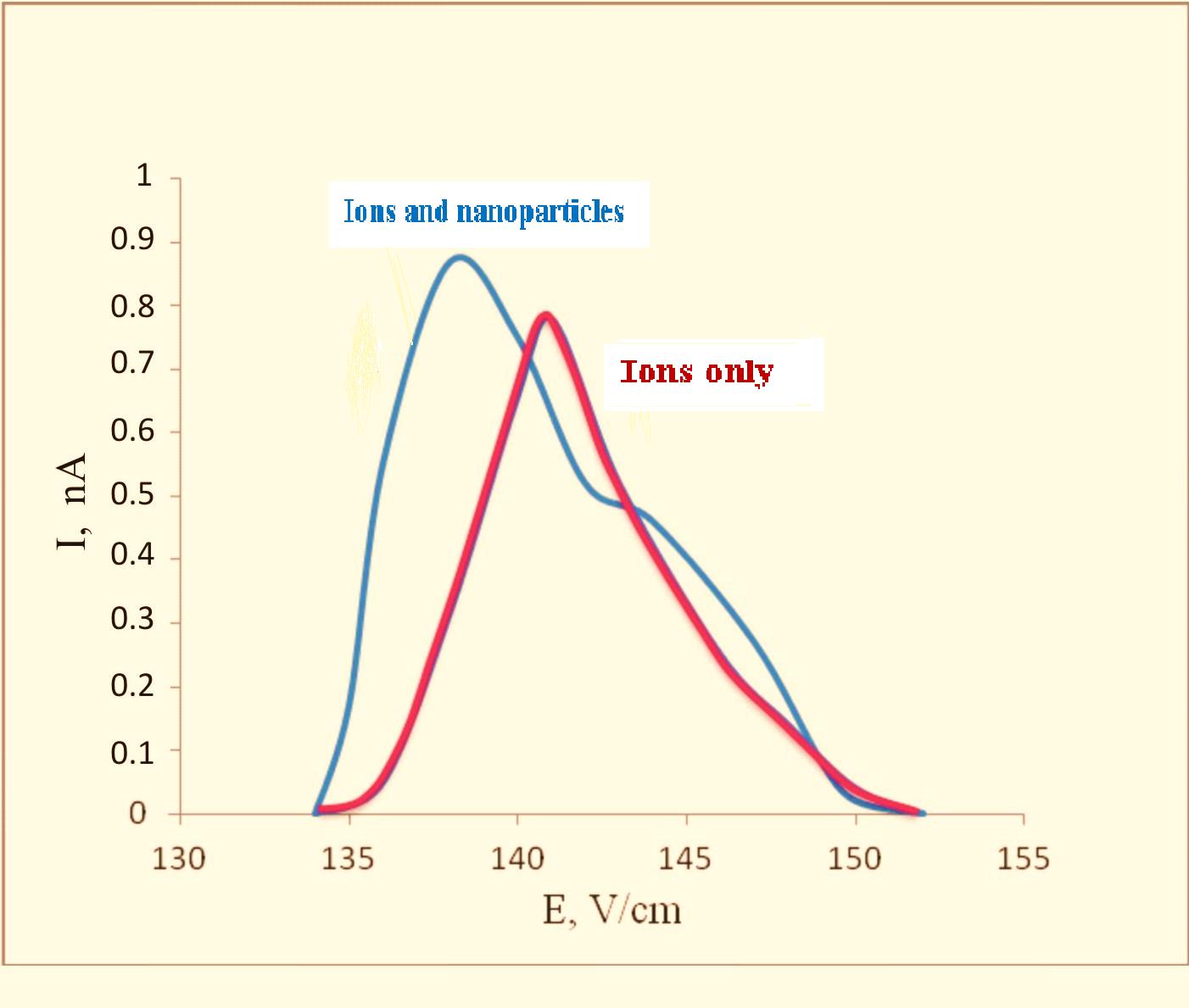