We investigate the kinetic-energy spectrum of electrons emitted from an excited many-electron system, often called photo-electron spectrum (PES). We are particularly interested on the impact of resonant modes of the system on PES. To this end, we consider three systems with strong resonances, a Mg atom, the small alkaline cluster K9+, and the small carbon chain C3. To avoid dominant frequencies in the excitation process, we consider a collision with a fast ion which is realized by an instantaneous boost of the valence electrons, a process which excites all frequencies with equal weight. The electron dynamics is investigated from a theoretical perspective using time-dependent density-functional theory augmented by an average-density self-interaction correction. We observe patterns which are similar to PES usually obtained after irradiation by a laser pulse, in particular the appearance of clear peaks. We show that these patterns are driven by strong resonance modes of the system. Resonances are thus found to be another source of peaks in the PES, besides photons (when present) with definite frequencies. 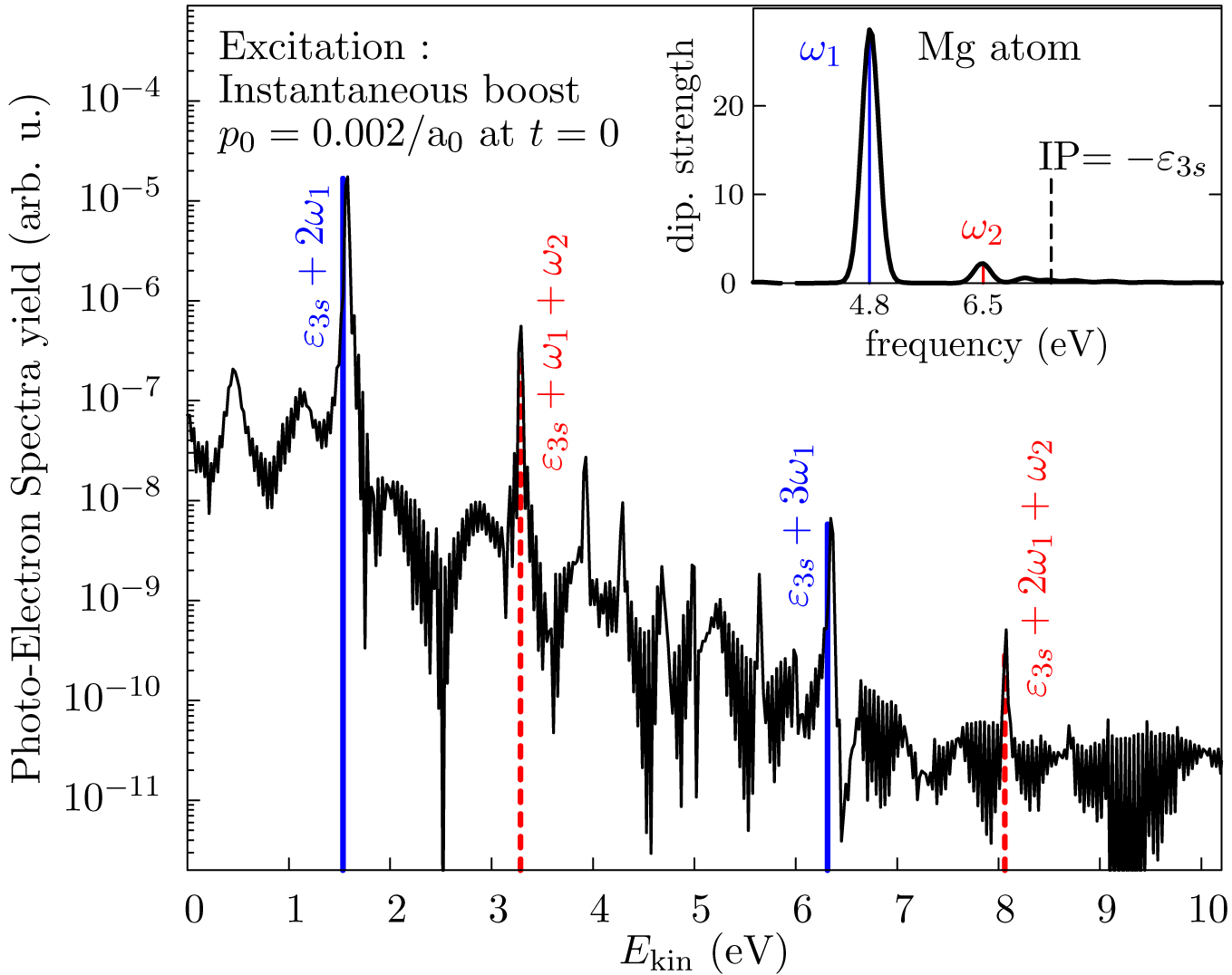