Dissipation and energy balance in electronic dynamics of Na clusters*

We investigate the impact of dissipation on the energy balance in the electron dynamics of metal clusters excited by strong electro-magnetic pulses. The dynamics is described theoretically by Time-Dependent Density-Functional Theory (TDDFT) at the level of Local Density Approximation (LDA) augmented by a self interaction correction term and a quantum collision term in Relaxation-Time Approximation (RTA). We evaluate the separate contributions to the total excitation energy, namely energy exported by electron emission, potential energy due to changing charge state, intrinsic kinetic and potential energy, and collective flow energy. The balance of these energies is studied as function of the laser parameters (frequency, intensity, pulse length) and as function of system size and charge. We also look at collisions with a highly charged ion and here at the dependence on the impact parameter (close versus distant collisions). Dissipation turns out to be small where direct electron emission prevails namely for laser frequencies above any ionization threshold and for slow electron extraction in distant collisions. Dissipation is large for fast collisions and at low laser frequencies, particularly at resonances. 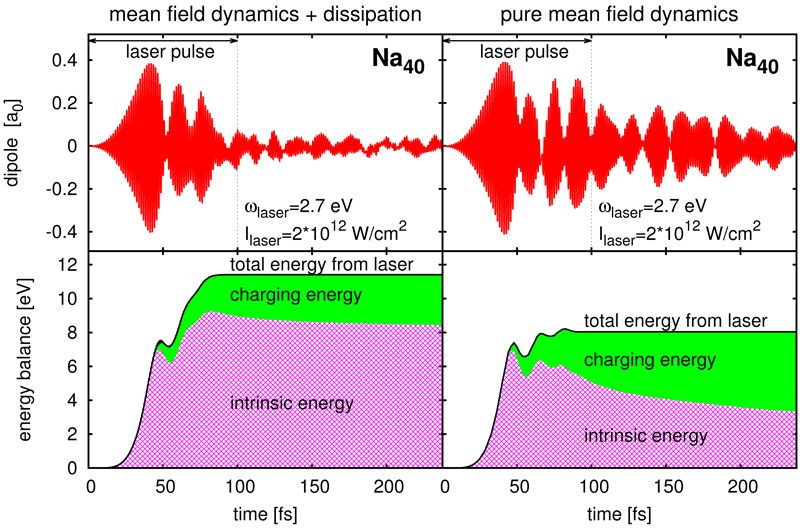