The same, but different, but still the same: structural and dynamical differences of neutrophil elastase and cathepsin G

Although the general mechanism for serine protease catalysis is well established, some questions still remain. For instance, the two enzymes, neutrophil elastase and cathepsin G, have a lot of structural resemblances. However, elastase degrades virulence factors, while cathepsin G does not. This paper studies both enzymes computationally to probe for their conformational differences. In the process, a methodology is established to not only quantify similarities between the protein trajectories describing proteins’ temporal evolution but also account for a varying number of amino acid residues comprising each structure. Our results indicate slight differences in the behavior of the active sites of neutrophil elastase and cathepsin G in the solvent. These subtle changes could indicate differences in the general behavior responsible for the different specificity of the two enzymes. 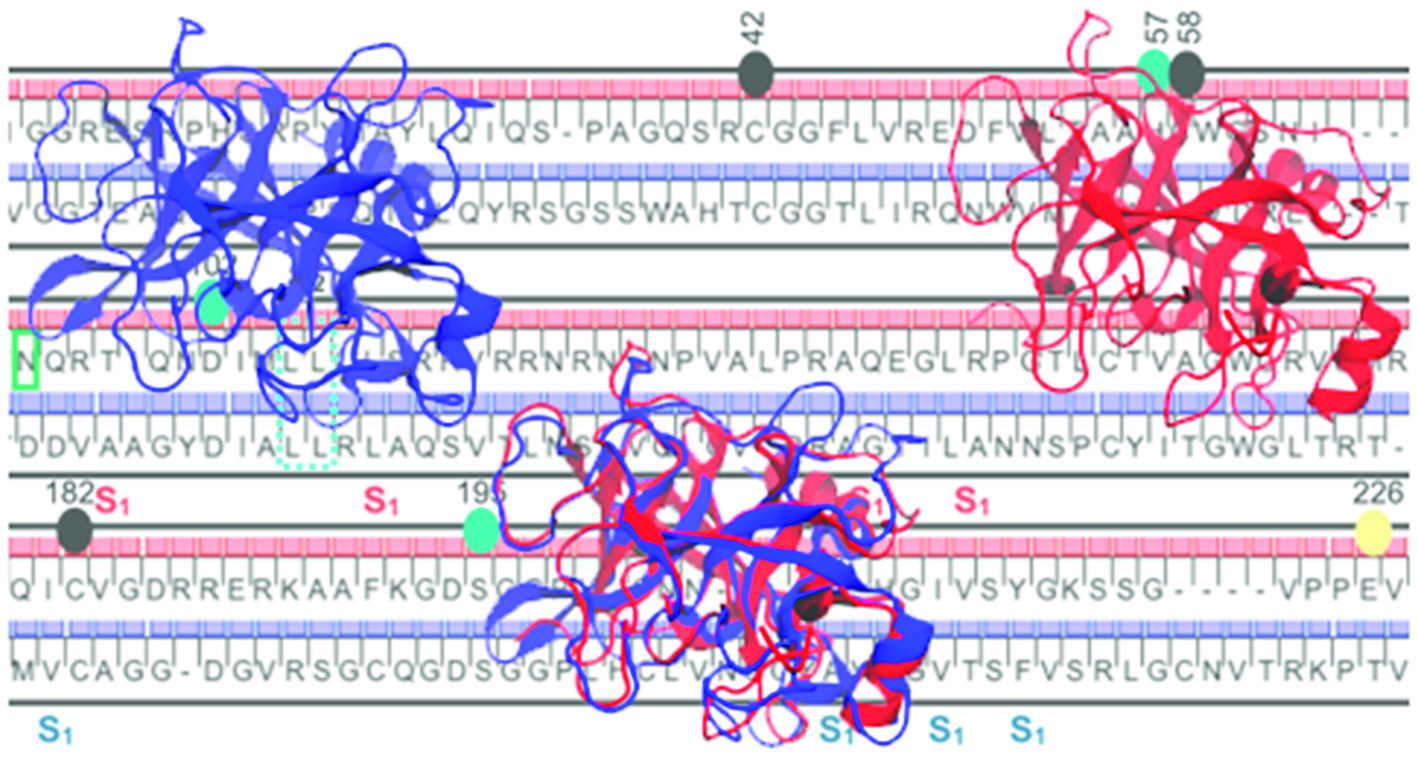