Qubit-based momentum measurement of a particle

An early approach to include pointers representing measurement devices into quantum mechanics was given by von Neumann. Based on this idea, we model such pointers by qubits and couple them to a free particle, in analogy to a classical time-of-flight arrangement. The corresponding Heisenberg dynamics leads to pointer observables whose expectation values allow us to reconstruct the particle’s momentum distribution via the characteristic function. We investigate different initial qubit states and find that such a reconstruction can be considerably simplified by initially entangled pointers. 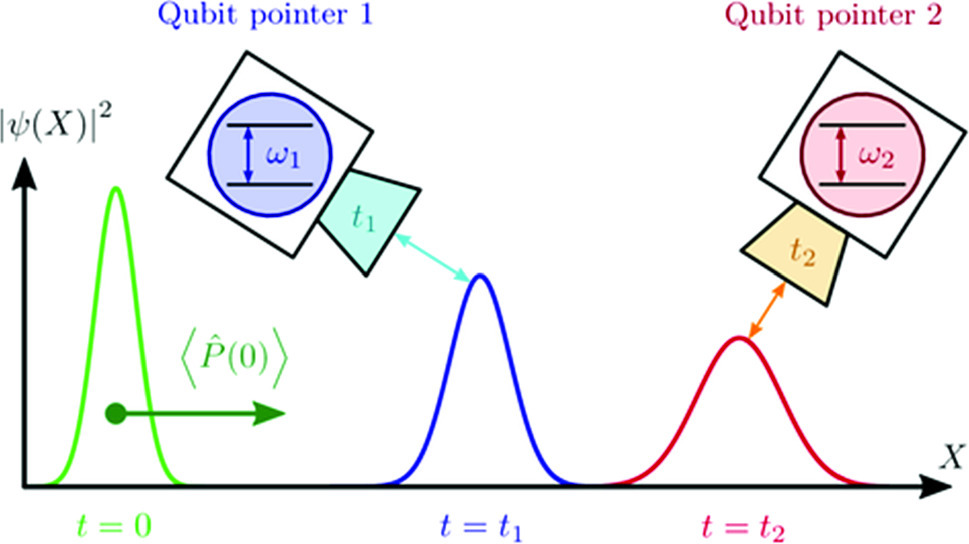