In this paper, we derive the work and heat for two kinds of quantum bipartite systems: a closed one and an open one according to the scheme suggested in Ref. (Weimer et al. in EPL 83:30008, 2008). Then the results are used to investigate the evolution of the work and heat in a quantum CNOT gate operations. It is shown that the heat and work conversion cannot be performed in the closed quantum CNOT gate operations. However, the open quantum CNOT gate can be used to perform the conversion of heat and work. If at the beginning, a spin with a large energy-level difference has a greater probability of being in a highly excited state than the other, then the CNOT gate will work as a quantum engine, and if it is initially in highly excited states with a smaller probability than the other, the gate will work as a quantum refrigerator. 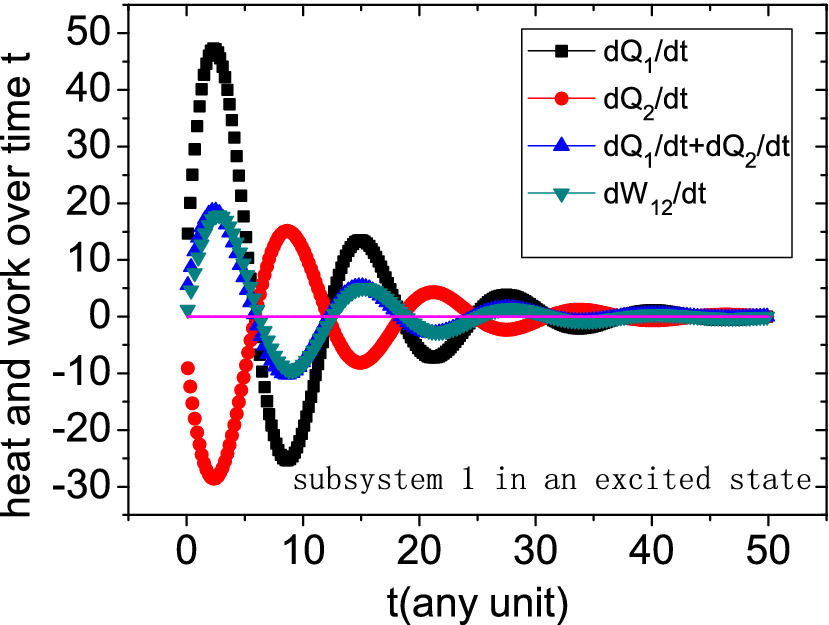