Optical pumping on the 2

He atoms is used for fundamental science and applications. We report on its combination with an optical probe on the 2

S transition (706.5 nm) in a ladder-type double optical resonance scheme, with CW single-frequency pump and probe diode lasers. Theoretical expectations for level structure and absorption spectra were computed for both isotopes. Narrow Doppler-free absorption lines were experimentally obtained in low-pressure gas samples. The line weights and Zeeman structure in weak magnetic field agreed with expectations. The precision of the line positions and line splittings was limited by generic errors of our commercial Fizeau wavemeter, which were independently characterised. The potential of this double resonance scheme for spectroscopic measurements on the three lowest triplet states of He was evaluated. The relevance of velocity- and sublevel-selective pumping combined with polarisation spectroscopy of probe absorption for a study of pressure-dependent population transfers in the 2 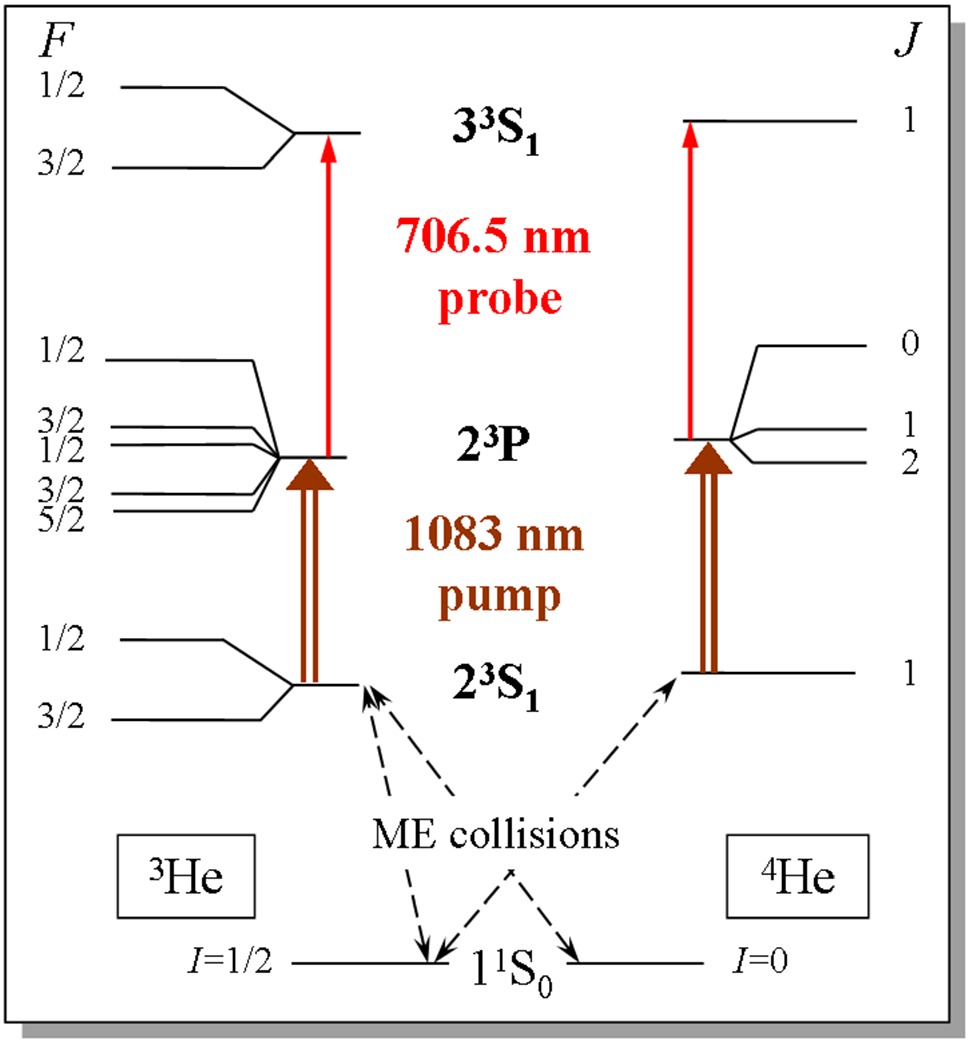