Fuchs et al. (Phys Rev A 56:1163, 1997, https://doi.org/10.1103/PhysRevA.56.1163) suggested an optimal attack on the BB84 protocol, where the necessary and sufficient condition for optimality involves the joint Hilbert space of the sender and the attacker. In this work, we propose a refined optimality criteria involving the Hilbert space of the attacker only. It reveals that the optimal (non-zero) overlaps between the attackers post-interactions states must be equal and numerically the same as the difference between the fidelity and the disturbance at the receiving end. That amount turns out to be the same as the reduction (factor) in Bell violation when estimated for the equivalent entanglement-based protocol. Further, a series of necessary and sufficient conditions unveil the structure of the optimal states which therefore are the only and all possible optimal interactions. These optimal states are the same as the outputs of an optimal phase-covariant cloner. We also demonstrate various methods to derive optimal unitary evolutions that an eavesdropper is interested to know in order to mount an optimal attack. The final key-rate is computed and plotted as well. 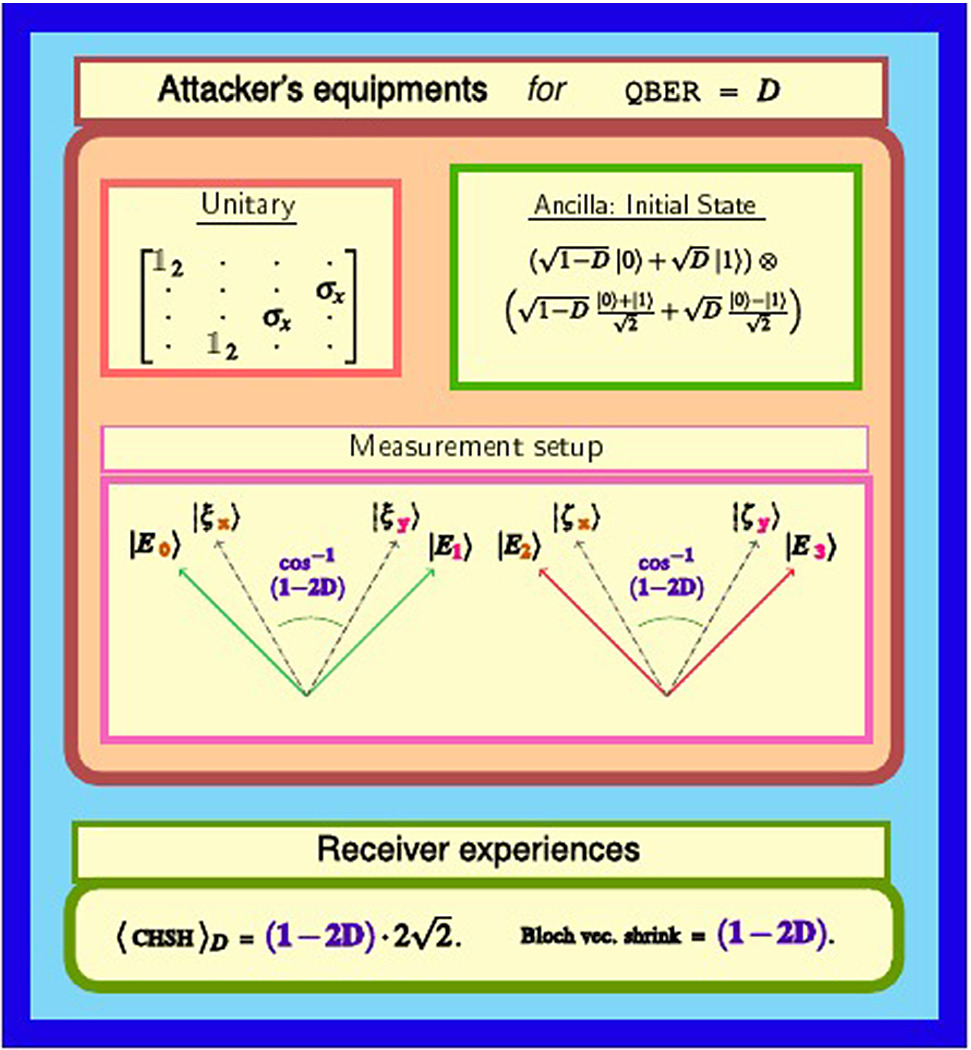