VUV action spectroscopy has recently gained interest for the study of peptides and proteins. However, numerous aspects of the fundamental processes involved in the photodissociation are yet to be understood. It can, for example, be expected that sulfur-containing amino-acid residues have a significant impact on the dissociation processes following photoionization because of their potential involvement in the transport of electron holes in proteins. In order to investigate the influence of the sulfur-containing methionine residue on the VUV photodissociation of a small peptide a VUV action spectroscopy study of gas-phase protonated methionine-enkephalin and leucine-enkephalin in the photon energy range of 6–35 eV was performed. The results show that upon non-ionizing photoexcitation, the fragmentation patterns of the two peptides are nearly identical, whereas significant differences were observed upon photoionization. The differences between the fragment yields and the identified specific dissociation channels for methionine-enkephalin could be explained by the high electron hole affinity of sulfur, which efficiently directs the radical to the methionine side chain. Additionally, for both peptides the presence of the intact photoionized precursor ions was confirmed by their isotopic patterns and the stability of these species could be evaluated. 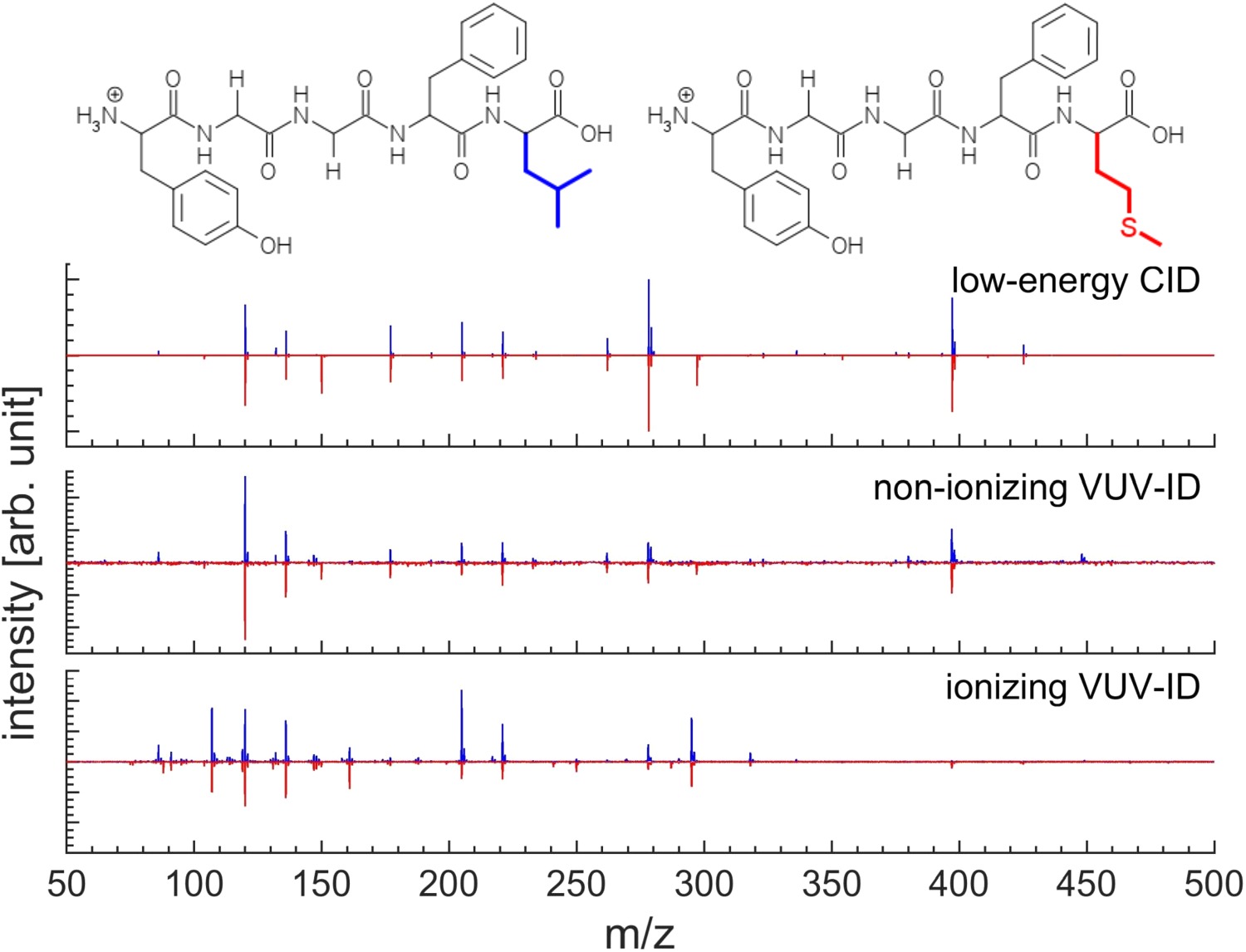