Constructing a ball of separable and absolutely separable states for

quantum system is described by the density operator

which can be expressed by block matrices X, Y and Z with

. In particular, for qubit–qudit system, we show that the newly constructed ball contain larger class of absolute separable states compared to the ball described by

. Lastly, we have derived the necessary condition in terms of purity for the absolute separability of a qubit–qudit system under investigation. 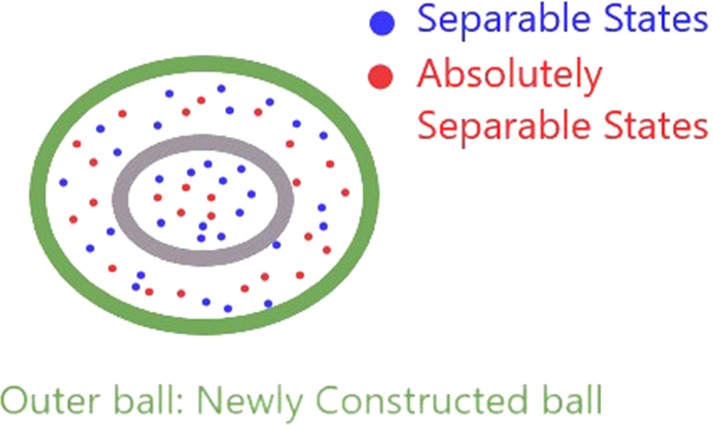