In this paper, the existence and stability of the nonlinear spatial localized modes have been investigated for both self-focusing and self-defocusing in the nonlinear Schrödinger (NLS) equation with interplay of third-order dispersion (TOD), momentum term and complex parity-time

-symmetric Scarf potential. The impact of the TOD and momentum coefficients on the regions of unbroken/broken linear

-symmetric phases has been studied numerically. For the nonlinear case, exact analytical expressions of the localized modes are obtained, respectively, in one- and two-dimensional nonlinear Schrödinger equation with TOD and momentum coefficients. The effects of both TOD and momentum term on the stability/instability structure of these localized modes have also been discussed with the help of linear stability analysis followed by the direct numerical simulation of the governing equation. It was found that the relative strength of the TOD and momentum coefficients can utterly change the direction of the power flow which may be used to control the energy exchange among gain or loss regions. 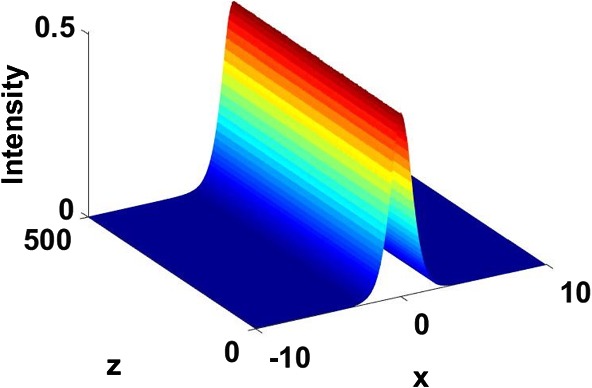