A reliable analytical method to evaluate the non-classical correlations based on linear entropy for an arbitrary qudit-qubit quantum state is proposed. The linear entropy is used to overcome the difficulty encountered with the computability of quantum discord based on von Neumann entropy. The quantum discord based on linear entropy is employed to derive the quantum correlations for a qutrit-qubit system undergoing global (bilocal + collective) classical dephasing environment. Our studies were focused mainly on a particular initial qutrit-qubit state in thermal equilibrium at a temperature T. The obtained amount of quantum discord (QD) is then compared with the measurement-induced disturbance (MID) and logarithmic negativity (LN). The analysis shows that both QD and MID are more robust than entanglement (LN) against the decoherence effect. Besides, the system exhibits interesting behaviors. As for instance, freezing dynamics and entanglement sudden death (ESD). The method developed in this paper to quantify quantum correlations is reliable because it allows us to consider analytically the arbitrary qutrit-qubit quantum states in the classical dephasing environment. 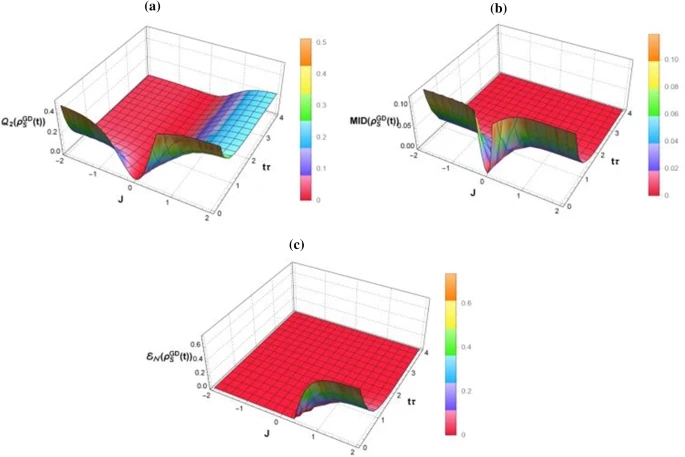