In the present work, we investigate modulational instability (MI) in an unmagnetised collisionless electronegative plasma consisting of inertialess adiabatic electrons, inertialess adiabatic negative ions and mobile positive ions. For this purpose, a nonlinear Schrodinger equation (NLSE) is derived to study envelope evolution of the ion-acoustic carrier waves for our system by using reductive perturbation technique. In examining the stability/instability of the ion-acoustic envelope wavepackets, the critical wavenumber kc at which MI sets in is found to be shifted to higher values as adiabaticity γ increases. The effects of electron-to-negative ion temperature ratio σn and negative ion density fraction f on the region for propagation of stable wave pulses are also discussed. Within the instability region, the rational solution of NLSE provides the rogue wave (RW) profiles which is localised in space and time. With the increase of adiabaticity, the possibility for the formation of RW decreases at the lower wavenumber which is in good agreement with experimental observations. The change in adiabaticity significantly influences the rogue wave amplitudes. Maximum pulse height for RW is found to be increasing with the increase of adiabaticity. Our theoretical findings may be helpful for basic characteristic study of rogue waves in the laboratory as well as space plasmas. 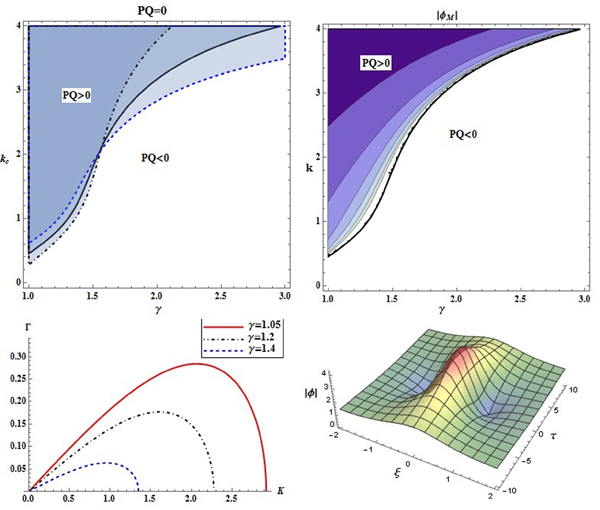