The paper proposes an efficient protocol for direct secure quantum communication that establishes cryptographic keys between two parties. It relies on two-particle teleportation and quantum channel compression (QCC). The teleportation is accomplished via GHZ-like state quantum channel. The process of quantum channel compression is used to encode four-bit symbols into both two-qubit states (Bell states) and two-bit auxiliary symbols. This leads to reducing the overall classical and quantum resources employed to transfer four-bit symbols at any teleportation procedure in the protocol. The novel teleportation-based protocol achieves an efficiency of 0.4 (40%). It is shown that this is the highest value obtained so far by a protocol of this kind. 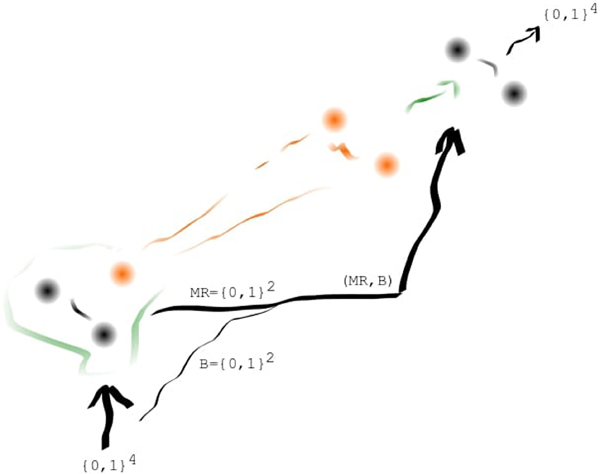