The backpressure in the ground vacuum chamber significantly influences the discharge characteristics and performance of Hall effect thrusters (HETs). In this study, the propellant supplied from the anode and the propellant ingested from the background are treated as two separate components. Their ionization and acceleration processes are then studied numerically with a Particle-in-cell discharge model. It is found that the background propellant is mainly ionized near the outlet of the channel, thus affecting the local electron mobility and potential distribution inside and outside the channel. This results in an improvement in the ionization and acceleration of the anode propellant, an enhancement in the utilization of the propellant, and a reduction in the divergence of the ion beam. Consequently, the performance of the HETs is augmented. In particular, the increment in the thrust caused by the introduction of backpressure is not only due to the ionization and acceleration of the background propellant but also due to the improvement in the anode propellant discharge. 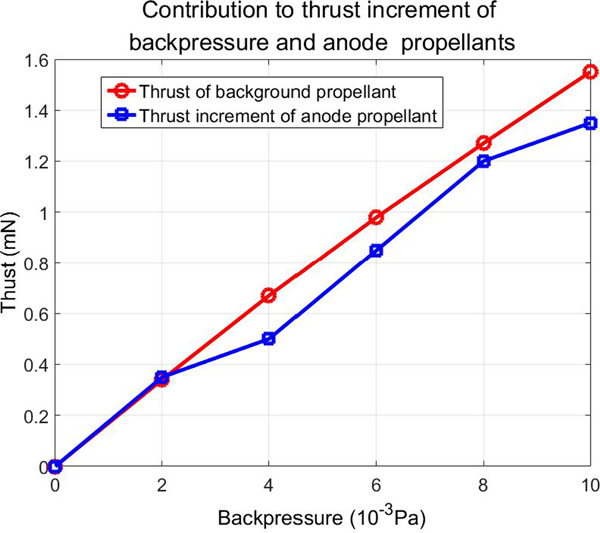