By using an optical interferometer composed of a dielectric laser ellipsometer, to change the optical response of transverse electric and magnetic incident radiation, and two polarisers, to trigger the interference pattern induced by the relative Goos-Hänchen phase, we show under which conditions it is possible to optimize the laser power oscillations induced by the relative phase difference between orthogonal polarised states. The Goos-Hänchen interference can then be used to sense rotation, to test optical components, and to simulate quarter and half wave plates. 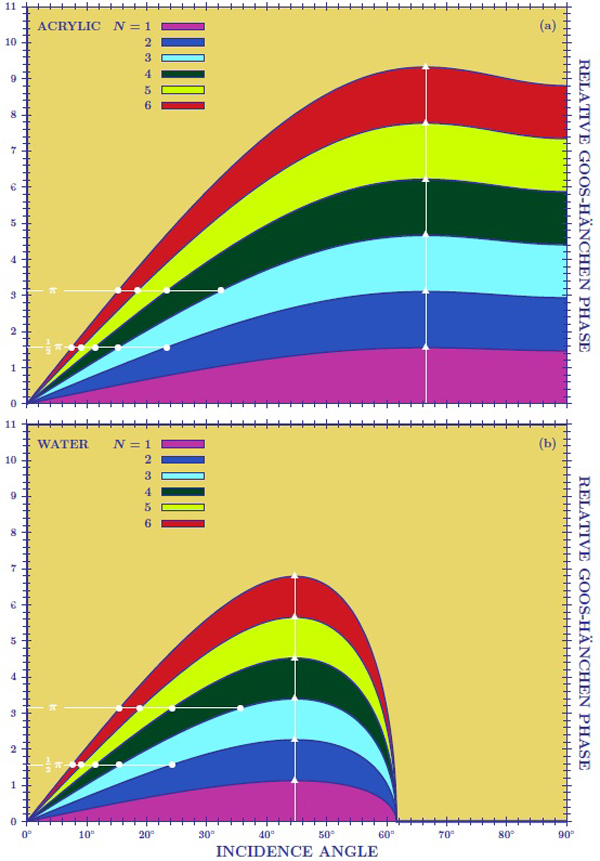