The processes of state-selective electron capture and excitation in proton collisions with Li+(1s2 1S) and Li+(1s2s 1,3S) ions are studied by using the two-center atomic orbital close-coupling (TC-AOCC) methods in the energy range 2.5–800 keV. The interaction of the active electron with the Li2+ ion core is represented by model potentials that reproduce the energies of excited singlet and triplet states of Li+ with accuracy better than 2%. The expansion basis in the coupled state calculations includes all states with n ≤ 8 (in total 120 states) centered on each of the colliding centers. Total and state-selective electron capture and excitation cross sections to final states with n ≤ 4 are presented. The physical mechanisms involved in the dynamics of considered processes are discussed in detail. The reported cross sections should be useful in the kinetic modeling and diagnostics of fusion reactor plasmas with liquid lithium divertors. 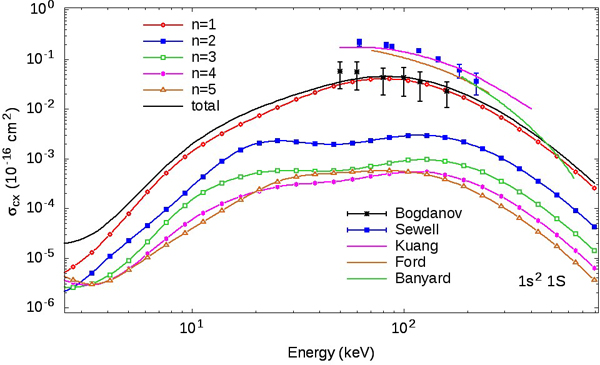