In this work, an analytical derivation is applied to study electronic plasma waves in limited size plasma and a generalized formula for oscillation frequency of plasma wave is obtained in this case. The effect of thermal motion of electrons is considered and the ions are considered to be rigid. In limited size plasma the wave vector of plasma waves has discrete values and this causes the oscillation frequency to have different values proportional to the electron positions. Also, this theory is expanded for the case that a constant electric field is applied to the media and group velocity is studied for finite and infinite plasmas. This model is expanded for metal particles as micro and nano-scale rods and particles and also typical Cs plasma embedded in microns. The effect of particle size on the value of oscillation frequencies is studied and micro and nano-scale metal particles are compared. It could open new sights into properties of micro and nano-rods and nano-particles, two dimensional materials and also quark–gluon plasma physics. 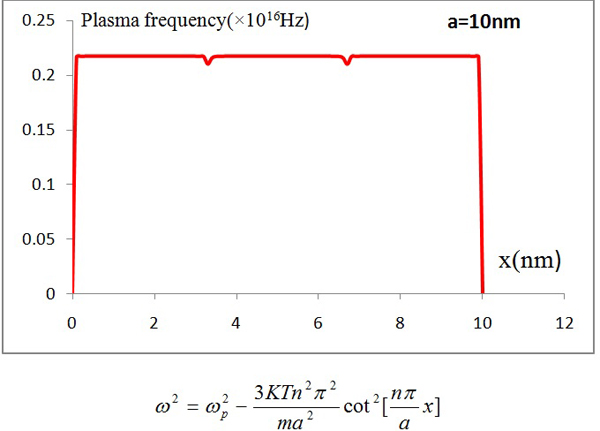