We investigate the dispersion and absorption properties of a weak probe field in a four-level tripod system in a diamond nitrogen vacancy (NV) center. We apply a static magnetic field to the system and it is shown that the slope of dispersion changes from positive to negative only by varying either the intensity or relative phase of applied fields. Then, the transparent subluminal light propagation switches to the transparent superluminal light propagation. It is demonstrated that the group velocity of light pulse can be also controlled by a static magnetic field. Additionally, it is shown that the static magnetic field induces the amplification without inversion in the NV center. Unlike the atomic gas system, the obtained results in the NV center can be experimentally observed at room temperature. 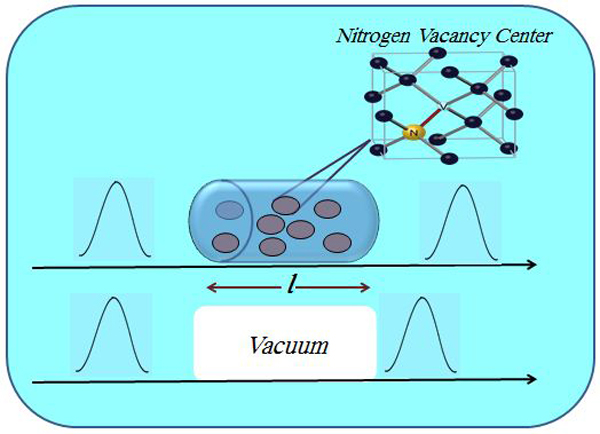