Short distance modification of a gravitational system and its optical analog

Motivated by developments in string theory, such as T-duality, it has been proposed that the geometry of spacetime should have an intrinsic minimal length associated with it. This would modify the short distance behavior of quantum systems studied on such a geometry, and an optical analog for such a short distance modification of quantum system has also been realized by using non-paraxial nonlinear optics. As general relativity can be viewed as an effective field theory obtained from string theory, it is expected that this would also modify the short distance behavior of general relativity. Now the Newtonian approximation is a valid short distance approximation to general relativity, and Schrodinger–Newton equation can be obtained as a non-relativistic semi-classical limit of such a theory, we will analyze the short distance modification of Schrodinger–Newton equation from an intrinsic minimal length in the geometry of spacetime. As an optical analog of the Schrodinger–Newton equation has been constructed, it is possible to optically realize this system. So, this system is important, and we will numerically analyze the solutions for this system. It will be observed that the usual Runge–Kutta method cannot be used to analyze this system. However, we will use a propose and use a new numerical method, which we will call as the two step Runge–Kutta method, for analyzing this system. 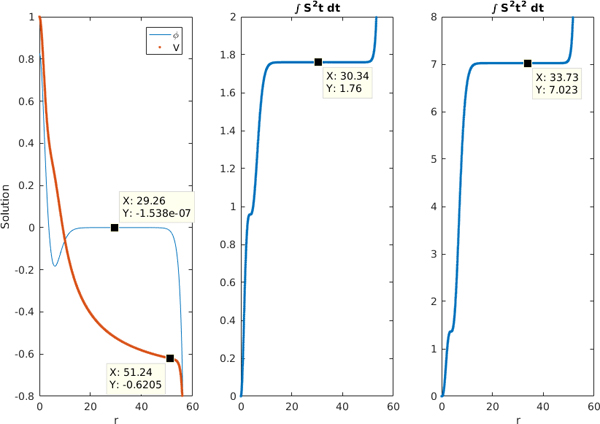