The tunneling ionization of atoms and negative ions in an intense linearly polarized laser field and a constant uniform magnetic field is discussed in the quasiclassical theory framework. We use the “imaginary time” method, where tunneling is described by the classical equations of motion but with purely imaginary “time” to derive the extremal subbarrier trajectory of the photoelectron. This allows to obtain simple analytical expressions for ionization rates in the tunneling regime for an arbitrary angle between a laser beam and a constant magnetic field accounting for the Coulomb interaction of the photoelectron with the atomic core. The resonance case, when the frequency of a monochromatic electromagnetic wave and the cyclotron frequency are equal, is also considered. The limits of weak and strong magnetic fields and the expressions for the barrier width and the emission angle of photoelectrons are discussed. It is shown that a magnetic field in the presence of a linear electromagnetic wave increases the barrier width and thus decreases the ionization probability, i.e., stabilizes the bound level. 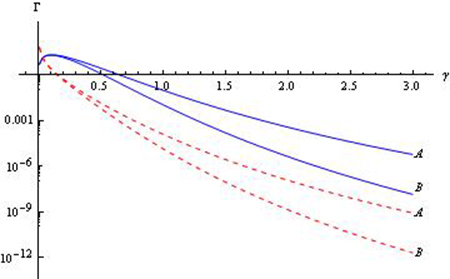