Based on the fact that an ensemble of moving Rydberg atoms in two counterpropagating laser beams in the limit of complete dipole blocking is isomorphic to a Jaynes–Cummings model, a scheme for robust and efficient excitation of atomic Rydberg states is proposed. It is shown that the Doppler frequency shifts play an important role in atomic population transfer processes. The suggested method can be employed to detect the symmetric entangled states and paves the way to preparing entangled states with a single excited atom in a Rydberg state. It is shown that this process is robust with respect to parameter fluctuations, such as the laser pulse area, the relative spatial offset (the delay) of the laser beams and the number of atoms. 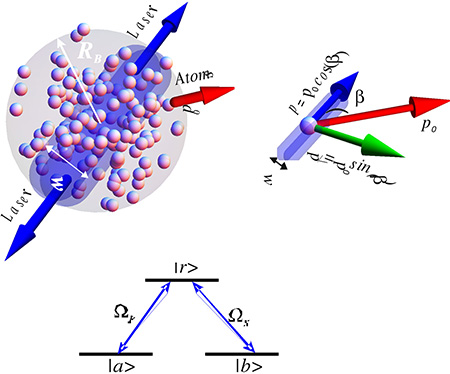