Calculations for open quantum systems are performed usually by taking into account their embedding into one common environment, which is mostly the common continuum of scattering wavefunctions. Realistic quantum systems are coupled however mostly to more than one continuum. For example, the conductance of an open cavity needs at least two environments, namely the input and the output channel. In the present paper, we study generic features of the transfer of particles through an open quantum system coupled to two channels. We compare the results with those characteristic of a one-channel system. Of special interest is the parameter range which is influenced by singular points. Here, the states of the system are mixed via the environment. In the one-channel case, the resonance structure of the cross section is independent of the existence of singular points. In the two-channel case, however, new effects appear such as coherence. An example is the enhanced conductance of an open cavity in a certain finite parameter range. It is anti-correlated with the averaged phase rigidity of the eigenfunctions of the non-Hermitian Hamilton operator. 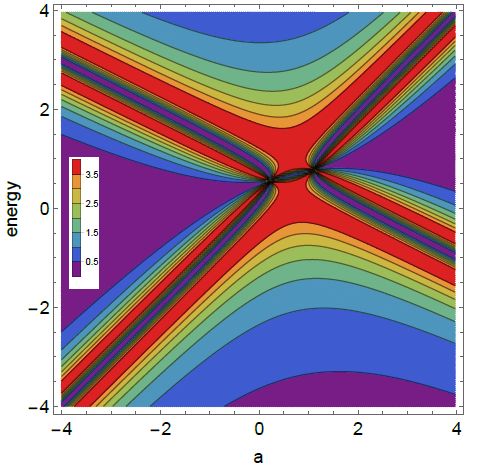