In a streaming plasma, negatively charged dust particles create complex charge distributions on the downstream side of the particle, which are responsible for attractive forces between the like-charged particles. This wake phenomenon is studied by means of refined linear response theory and molecular dynamics simulations as well as in experiments. Particular attention is paid to non-Maxwellian velocity distributions that are found in the plasma sheath and to situations with strong magnetic fields, which are becoming increasingly important. Non-Maxwellian distributions and strong magnetic fields result in a substantial damping of the oscillatory wake potential. The interaction force in particle pairs is explored with the phase-resolved resonance method, which demonstrates the non-reciprocity of the interparticle forces in unmagnetized and magnetized systems. 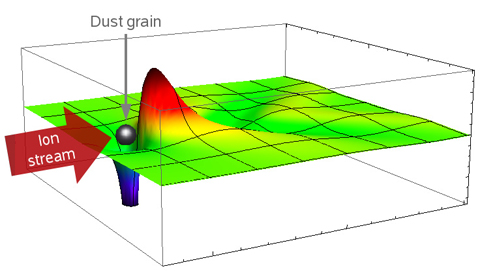