The field of experimental positronium physics has advanced significantly in the last few decades, with new areas of research driven by the development of techniques for trapping and manipulating positrons using Surko-type buffer gas traps. Large numbers of positrons (typically ≥106) accumulated in such a device may be ejected all at once, so as to generate an intense pulse. Standard bunching techniques can produce pulses with ns (mm) temporal (spatial) beam profiles. These pulses can be converted into a dilute Ps gas in vacuum with densities on the order of 107 cm−3 which can be probed by standard ns pulsed laser systems. This allows for the efficient production of excited Ps states, including long-lived Rydberg states, which in turn facilitates numerous experimental programs, such as precision optical and microwave spectroscopy of Ps, the application of Stark deceleration methods to guide, decelerate and focus Rydberg Ps beams, and studies of the interactions of such beams with other atomic and molecular species. These methods are also applicable to antihydrogen production and spectroscopic studies of energy levels and resonances in positronium ions and molecules. A summary of recent progress in this area will be given, with the objective of providing an overview of the field as it currently exists, and a brief discussion of some future directions. 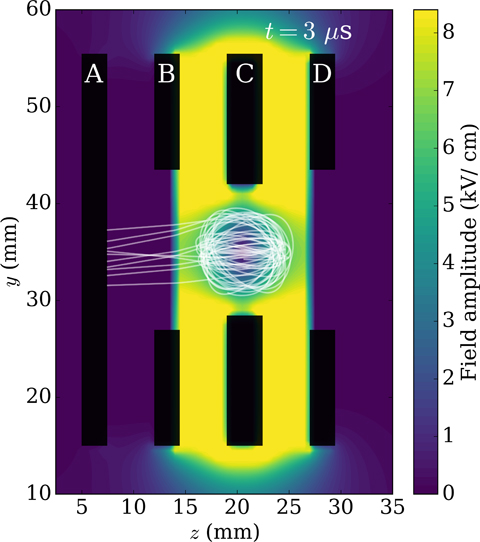